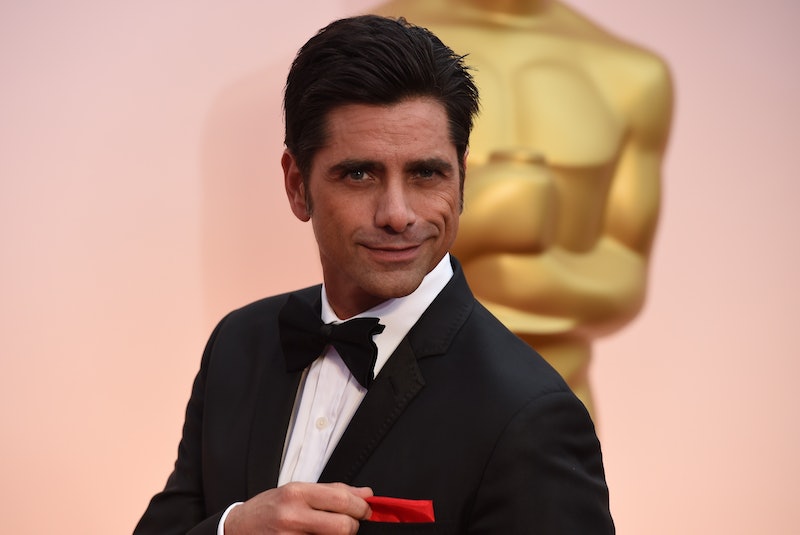 It's sad news for all of us that Mary-Kate and Ashley Olsen won't be appearing in Fuller House, the reboot of the '90s sitcom Full House— including Uncle Jesse himself. In a new series of tweets and messages across social media, John Stamos, who's set to appear in and produce Fuller House , expressed his extreme disappointment in response to the news that the Olsen twins had turned down the opportunity to appear in the reboot. First, on his Facebook, he posted the following message:

The Olsen twins, of course, began filming Full House when they were both nine months old. In order to comply with child labor laws, the twins played the same character, Michelle Tanner. It's not clear how the new Netflix series would have handled the fact that they are now two actresses perfectly capable of handling a role on their own — personally, I would have liked them to whimsically continue subbing the twins in and out — but, now that the twins have opted out of the series, it doesn't matter.

What remains to be seen, for now, is how the show will handle the absence of the actresses. Will those behind Fuller House choose not to have Michelle on the show, or cast a different actress? (I mean... Elizabeth Olsen is still acting, guys, JUST SAYIN'.)

While we won't know this until the show ultimately premieres, though, I want to stress that the Olsen twins' absence likely won't make a difference in the ultimate product: Full House was always a show about a whole family, not just Michelle, so celebrating the return of the Tanners who will appear in the show should be enough to sate Full House fans. Though I would have loved to see the Olsen twins' ethereal presences on Fuller House, I'm sure the series is going to be great either way.