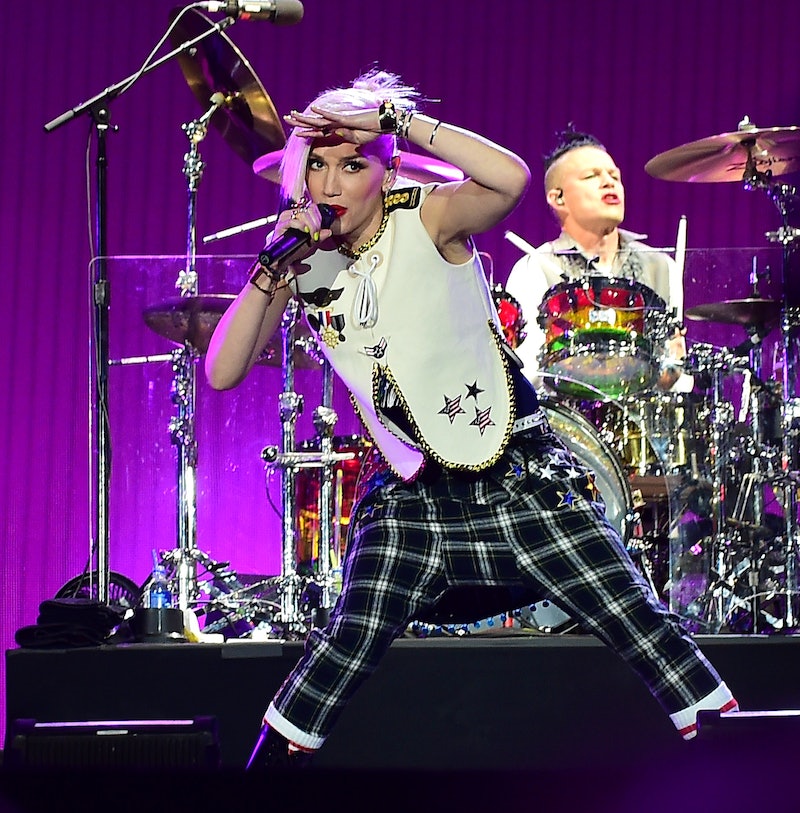 Growing up in the 1990s was a wonderful thing. The '90s was a weird time, full of many strange and hilarious trends. There is one trend, though, that is more important than the rest. The grungy, alternative music scene of the '90s was also the perfect stage for the very important development of the third wave of feminism. If you're like me, you probably weren't up to speed on the feminist goings-on of '90s music but I'm here to remind you of these 10 '90s songs that you didn't realize were feminist at the time.

Though I personally wasn't old enough to understand the gravity of the messages behind these feminist anthems, I can still appreciate the plentiful helping of feminist music that came out of the '90s in retrospect.

With the recent outcropping of music with feminist undertones (or overtones) that has made its way into the mainstream in the past couple of years, it's interesting to look back on the past and realize that there has been a feminist undercurrent in popular music all along, we just haven't always realized it.

Perhaps you were like me and didn't realize the feminist undertones of these songs or perhaps you knew these songs were feminist all along and I'm just late to the game. Either way, there's no harm done here and we can all appreciate these '90s feminist anthems.

Though this song was a bit problematic because of the whole murder thing, once you got over that, this was also a killer song about standing together in sisterly solidarity to protect each other. Extra points if you also just realized that this song featured Jane Krakowski as Wanda.

TLC did more than just teach me what the word "scrub" meant from an early age (jk I still don't really understand what a "scrub" is). They also instilled in me messages of body positivity and inner beauty.

"Bitch" was all about reappropriating the many labels assigned to women and making them our own. "Bitch" also embraced the multi-faceted nature of womanhood and taught us that you could be a bitch and a lover and a child and a mother all at the same time without compromising your feminine identity.

Long before Bey was standing triumphantly with the word "FEMINIST" blazing in lights behind her, she was low-key promoting a feminist message of independence, in this particular case, financial independence.

Like "Bitch," "You Oughta Know" was a song that, even if you had no idea the feminist message behind it, you knew there was something empowering about it (and thus, proceeded to scream it at the top of your lungs and feel like a badass on a regular basis).

I'm not sure if this is a feminist anthem so much as it is a girl power anthem but it's just too damn fun not to include. Still a great jam to turn on when you're getting ready for a big night out with your bffs.

"None Of Your Business"- Salt 'n Pepa

"Not A Pretty Girl"- Ani Difranco

With this feminist anthem, Ani Difranco reminded us all that gender roles are fluid. There is no finite demarcation between what women like and what men like; there is no solid set of characteristics that can be attributed to men or women as a whole.

I've always loved this song but I loved it even more after I revisited it recently and realized that this song is a call-to-arms for women everywhere to flip gender stereotypes on their head and play with trite conceptions about femininity to prove just how ridiculous they are.

This article could have probably been composed entirely of Le Tigre songs but I decided to stick with just one for the sake of variety. "Hot Topic" paid homage to a extensive list of artists, musicians, writers, and other great women and men who were championing feminism and gender equality.