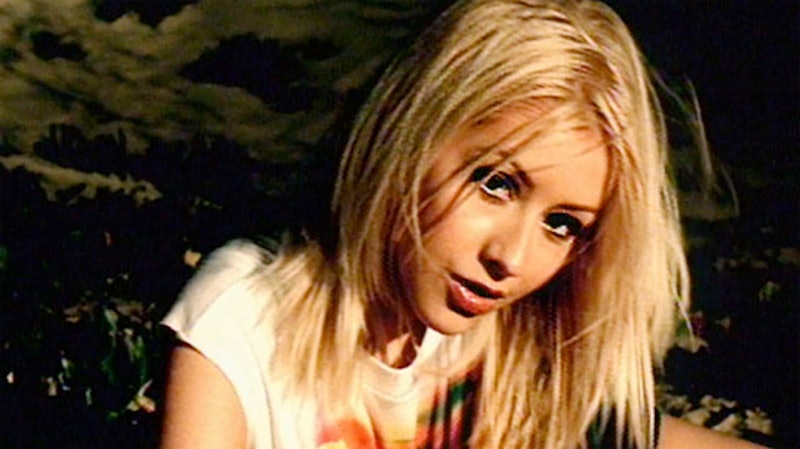 It is officially unofficially summer! You know what that means: road trips, beaches, barbecues, and jamming out to the latest summer tunes. I'm sure whatever songs end up on the soundtrack of summer 2015 will be unforgettable soon enough, but in the meantime, why not put together the ultimate summer jam list using hits from summers past? Trust me, your friends will thank you the next time you all pile into the car and you flip on your majestic summer playlist of nostalgia triggering a flood of awesome memories for everyone.

After closely examining the Billboard's top 10 summer songs for each year since 1995, I have used a highly scientific method of picking songs that I still sing in the shower to compile this list. As far as I'm concerned, if a song has earned perpetual earworm status then it deserves a place on the list. These were the songs of the summers of my youth, after all, and that means they have endured because they are so loaded with memories for me— and I expect for you too. I know I danced to "Genie in a Bottle" until I dropped, performed countless impromptu hairbrush karaoke renditions of "Waterfalls" with my friends, and listened to "Umbrella" while mooning over my latest summer crush. These songs are summer, and now that the weather is warm and the road is beckoning it is the perfect time to jam out to them again.

OK, "Waterfalls" is depressing if you focus on the lyrics— it's about mothers trying to give advice to their sons before they screw up their lives forever. But that beat is legend. Just try not to sing along when the chorus starts. TLC was the summer of '95, and even though I was still reading Babysitter's Club books then, I stopped long enough to belt out "Waterfalls" every time it came on the radio.

"Everybody [Backstreet's Back]" by Backstreet Boys (1998)

Best. Music. Video. Ever. Even without the visuals of the Backstreet Boys dressed up as classic horror movie icons like The Wolfman and Dracula, the song is perfect to jump around to. The steady beat and "Monster Mash" style moves make it an enduring way to get your dance on.

Let's slow it down a little bit with "Genie in a Bottle." This song was the number one hit of summer 1999 thanks to its sultry lyrics and built-in dance moves. It's not as fast as some of the other songs on the list, but it is the perfect song to inspire a sing along with your friends the next time you're stuck in traffic.

This song brings two great singers together for a funky duet that does not get enough play anymore. It's got all the head-bopping qualities of a summer classic with the added bonus of Eve and Stefani totally rocking out together.

Think of "Bootylicious" as a gentle reminder that Beyoncé was singing the praises of butts before butts were cool. This song is best played at full volume in a place where you can drop it like it's hot.

"Hot in Herre" is still the ultimate club song, as far as I'm concerned. The lyrics make me cringe, but the perfect way to subvert the song's problematic nature is to ironically sing it with your friends. Or just pretend you're singing it ironically, this is a no judgment zone.

This song made a comeback this year thanks to 50 Shades of Gray, but the original cannot be beat. Let Beyoncé and Jay Z serenade you with their summertastic lyrics, and then kick it like it's 2003.

I still don't know what this song means, but it makes me feel drunk with power every time I hear it. "Hollaback Girl" is the perfect song to crank up on the way to a summer picnic with your girls.

There was a time when I thought I never wanted to hear "Umbrella" again— that's what happens if you, like me, had an apartment next to the pool during college in '07. This song was played constantly that summer, and while it drove me crazy at the time, it reminds me of some great times now.

"Pocketful of Sunshine" by Natasha Bedingfield (2008)

What happened to Bedingfield? This power anthem was all kinds of flawless, and it was by far her most memorable song. Chances are, you haven't heard this one in awhile, but it will make you daydream about the beach, for sure.

"I Gotta Feeling" is in the running for ultimate summer song. How could I not include it?

Hey, I had to include a Perry song. She is summer personified. "Last Friday Night" is wonderfully silly and a simple, but fun ode to a crazy night.

"Starships" never gets old. This song is all about making the most of your summer. It basically says be yourself, get a little rowdy, and go forth and make some new memories. Isn't that what summer is all about?