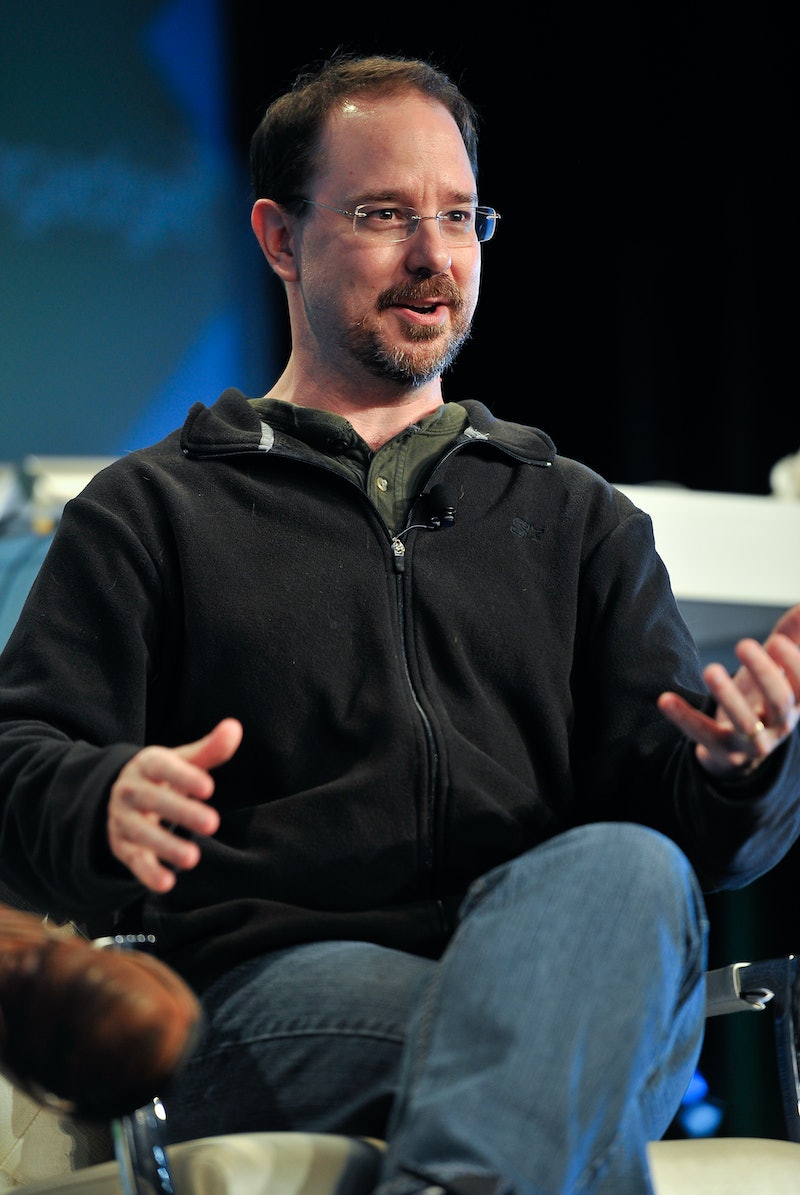 Today in living-the-dream, the New York Times reports that science fiction writer John Scalzi just signed a $3.4 million deal with Tor Books for his next 13 books, which will be published over the next 10 years. Already a best-selling author, Scalzi is best known for his Hugo award winning novel Redshirts, which takes a humorous look at the stock characters in TV shows who are completely disposable, like the unfortunate red-shirted crew members in the original Star Trek Old Man's War series has also garnered him a great deal of popularity. According to Tor, the deal's 13 books will include "a new far-future space opera series," a new addition to the Old Man's War series, as well as sequels to Scalzi's other published books.

While Scalzi is already best-selling author, Tor editor Patrick Nielsen Hayden says that the deal is a vote of confidence that Scalzi's novels will produce even bigger sales in the future. "While his current sales are very healthy indeed, we think he’s got the potential to grow by orders of magnitude, well beyond the bounds of the traditional SF&F category,” said Nielsen Hayden.

Having worked as a creative consultant for the Stargate: Universe television series, as a video game writer, and as the former President of the Science Fiction and Fantasy Writers of America, Scalzi is a geek to the core and a big name in science fiction. But Scalzi shares Nielsen Hayden's hope that he can help bring science fiction to a wider audience outside of genre. According to Tor, Scalzi believes the deal "gives both me and Tor a stable, long-term base to grow our audience, not only among established science fiction and fantasy fans, but among readers of all sorts. Science fiction is mainstream culture now, and there are so many people discovering just how much there is to enjoy in these stories of ours. We have much more to share. That’s what we’re going to do.”

But enough with all the well-spoken, level-headed interviews. Let's be real. Every writer in the world who has ever begged the universe with that desperate plea — “just give me money so I can write!” knows that Scalzi has probably been doing cartwheels non-stop since he got the news. Or... apparently, daydreaming of mayonnaise baths.

Scalzi and friends, including Scalzi's editor, have been hilariously poking fun at the writer's ridiculously amazing luck on Twitter since the New York Times announced the deal on Sunday.

Scalzi's writerly luck is hardly just beginning, though. Three of his novels are already in development for television. Redshirts is in development with FX, Old Man's War with SyFy, and Scalzi's newest novel Lock In, a sci-fi murder mystery take on "locked-in" syndrome, with Legendary TV. Scalzi will be Executive Producer and Consultant for each of the TV shows.