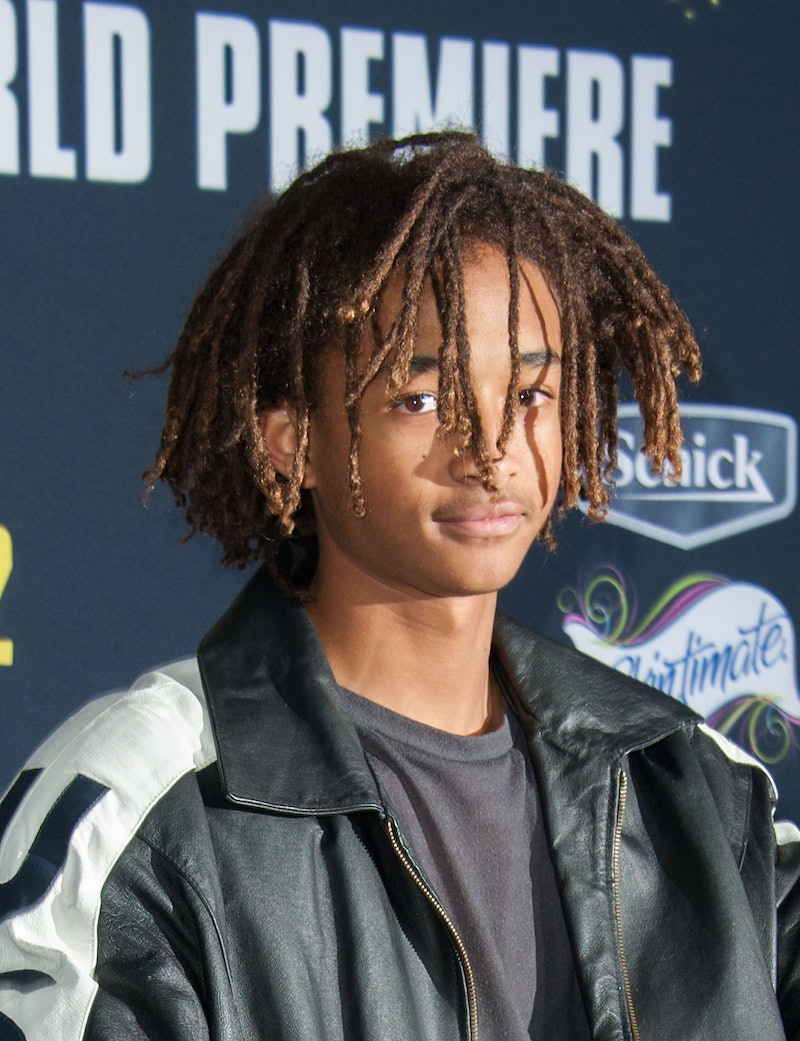 With parents as famous as Will Smith and Jada Pinkett-Smith, it would be very difficult for anyone to shine on their own. However, it seems like Jaden Smith has had no issues on that front. When he first stepped into the spotlight alongside his father in The Pursuit of Happyness, I knew that Smith had major star power. Since Happyness, the 16-year-old has starred in The Karate Kid and After Earth. However, his newest project may give him the fuel he needs to catapult him into true Hollywood stardom. For several months now, it has been rumored that Warner Brothers was considering Smith to play Virgil Hawkins in Static Shock , their upcoming live action superhero series. The series would follow teenage superhero Virgil Hawkins, aka Static, and his electromagnetism superpowers.

During a recent interview, actor Tyler James Williams (The Walking Dead, Everybody Hates Chris), confirmed the rumor. While discussing the lack of Black superheroes in the entertainment industry Williams sheepishly stated, "...it's great to see Static Shock is happening with Jaden." Despite this confirmation, there is still quite a bit of push back surrounding the web series casting. After Earth did not do well in the box office, and Jaden Smith is known less for his acting and more for his eclectic tweets and appearances.

However, I would argue that Smith's individuality is what makes him the perfect superhero. After all, this is the same guy who went dressed as Batman to Kim Kardashian and Kanye West's lavish wedding. Though Smith's twitter is no more, here are seven times he proved to us all that he had superhero qualities.

1. When He Dressed As Batman To Kimye's Wedding

If you can get away with wearing a costume to the wedding of the year, then you can pretty much save the world.

2. When He Realized We All Change & Grow

It's always wonderful to recognize how much you have matured and grown as an individual.

3. When He Didn't Take Himself Too Seriously

Admittedly, I often scratched my head when I tried to decipher Smith's tweets. However, I figured he was speaking his truth, so who was I to judge? Still, it was refreshing to know that he didn't take himself too seriously.

4. When He Reminded Us To Care For Our Environment

Though I'm not certain if Smith changed the word "been" to "bin" on purpose, the fact that he acknowledges the negative impact that we have on our environment is essential to being a good superhero.

5. The Time He Wore A Dress To Coachella

I'm all for dismantling gender norms, and the fact that Smith is ready to shatter them as well thrills me to no end. After all, who says dresses are only for women?

6. The Time He Wore His Batman Costume Plus Cape To Prom

Prom is probably one of the first times we get really dressed up. What better way to celebrate the occasion than to embody your favorite superhero?

7. When He Talked About Misunderstood Youth

People Use To Ask Me What Do You Wanna Be When You Get Older And I Would Say What A Stupid Question The Real Question Is What Am I Right Now — Jaden Smith (@officialjaden) September 5, 2013

I think a large part of the reason why Smith is misunderstood is because of his youth. However, youth does not invalidate you as a person. Who you are as a teen is just as important as who you become as an adult. Watch Tyler James Williams confirming Jaden Smith's role as Static Shock below.