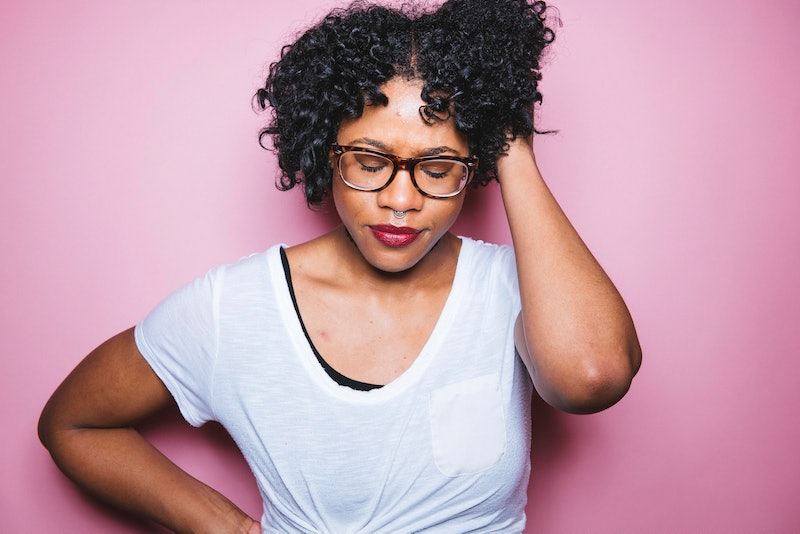 Shamir's new album Ratchet recently came out and one of the most popular lines it features off the song "Call It Off" is "just can't make a thot a wife." This, of course, which prompts the important question: What is a thot? As usual, let's turn to Urban Dictionary some answers. Warning: The topic we're about to delve into isn't a pleasant one; turn back now if you'd rather not go there (which would be completely understandable).

According to Urban Dictionary's top definition, a "thot is a hoe," with the plural being "thotties." Other definitions, however, reveal a little more about how the word itself came to be: "Thot" is actually an acronym that can either stand for "that hoe over there" or "thirsty hoe over there."

As you may have already guessed, the word is frequently used in an unpleasant and problematic way. Rappers and hip hop artists use it as a derogatory term for women to whom they intend to pay no mind and dismiss entirely. Why the dismissal? Because, as those who use the term see it, "they're just hoes," and their worth is apparently completely tied in with their sexuality and sexual prowess. This is presumably why Shamir says that you can't make a thot a wife — thots, by definition, aren't considered particularly desirable because they sleep around (AKA have autonomy over their bodies and sexuality), will inevitably cheat on you (because apparently a sexual woman is incapable of being faithful), and have no other qualities besides being hoes. Yeah. It's super messed up.

The word originates in hip hop and has been featured in various recent songs. Some of these include:

Derogatory lyrics include: "That’s yo hoe? I f**cked yo b**ch hold up / Yo face look mad as sh*t / she sucked my d*ck and you kissed her."

Derogatory lyrics include: The title and everything it entails.

Derogatorily mimics how the rappers think thots walk, and yes, it's as stupid as it sounds.

Though the word "thot" isn't inherently gendered, it's used in a very gendered way, with the attacks being leveled almost exclusively at women. A Slate article also makes a point that not only is the word sexist, but also, it has serious race and class implications that target poor women of color, making it different from just "slut." Overall, it's an incredibly problematic word.

I would argue, however, that like any word used derogatorily or to oppress a group of people, "thot" is a word that can be reclaimed and redefined. At its root, a thot is someone who is sexually promiscuous generally used towards women of color. Therefore, it's totally valid for a woman of color to refer to herself as a thot if she takes pride in her sexual prowess and wants to turn the negativity behind the word to positivity.

So: When is it OK to use it? Don't call someone else a thot, because it's sexist, racist, and classist. But if you're reclaiming it for yourself because you're in the group targeted by the word, then more power to ya.