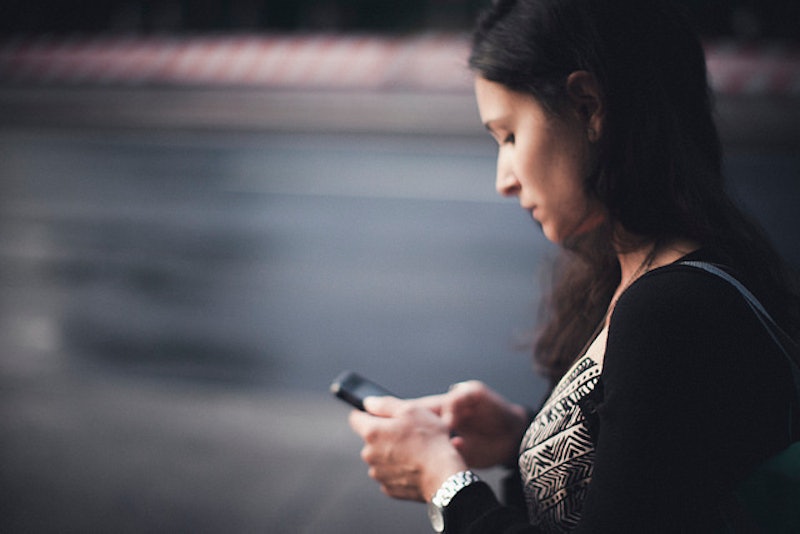 Once again, the Internet is being blamed for ruining people’s lives. In 2013 there was a New York University study that found that between 1999 and 2008, Craigslist hookup scene was to blame for a 16 percent increase in HIV and now Tinder is in the spotlight. According to Rhode Island's Department of Health, their STD cases have gone up dramatically between 2013 and 2014, and all signs point to Tinder. The Craigslist study aside, this isn’t the first time a dating/hookup app has been blamed for an increase in numbers of STD cases. In 2012, a study in New Zealand found that Grindr was the cause for syphilis cases going up by more than half, and last year health officials in Onondaga County, New York also saw their syphilis cases double thanks to dating apps, too. The most research out of Rhode Island has found that between 2013 and 2014 cases of syphilis have jumped by 79 percent, HIV infections by 33 percent, and gonorrhea cases have gone up by 30 percent. Considering the STD cases for young adults are increasing at such an epic rate, it’s easy to see why Tinder is getting the stink eye.

According to the state’s health department, Tinder, like other apps often used solely to hookup, in many ways, promotes risky behavior. It’s easier than ever to log online and get laid if that’s what you’re in the mood for. These apps allow for a level of anonymity, and for many that’s appealing. Flip through a catalogue of people, find one that looks good, meet up, bang, and move on to the next pretty face on the app. But what about the condom? Why aren’t these people using condoms?

As sex specialist at the Rhode Island Department of Education, Rosemary Reilly-Chammat points out, what these findings prove is that there is something seriously lacking in the way we teach young people about safe sex. In a day and age where condoms are so easily accessible (you can grab them by the handful at Planned Parenthood and even a lot of bars), not using them is absurd.

While getting an STD isn’t necessarily going to ruin or brand you with some scarlet letter saying that you’ll never be able to have sex again, they can create serious issues. For starters, there is still no cure for HIV, even if people are living longer with it, and both gonorrhea and syphilis can lead to sterilization as well as other complications, if not treated immediately. There’s no doubt that engaging in casual sex, either through these apps or by meeting someone in a bar, is fun, but, and I feel like a broken record here, don’t be a statistic, especially since it’s one you can so easily avoid.

More like this
The 3 Dating Apps Queer Women & Nonbinary Folks Actually Like
By Emma Carey
How to Delete (or Pause) Your Hinge Account
By Emma Carey
35 Sexy Texts To Send Your Partner
By Griffin Wynne and Carolyn Steber
Are Gemini & Leo Compatible In A Relationship?
By Kristine Fellizar
Get Even More From Bustle — Sign Up For The Newsletter