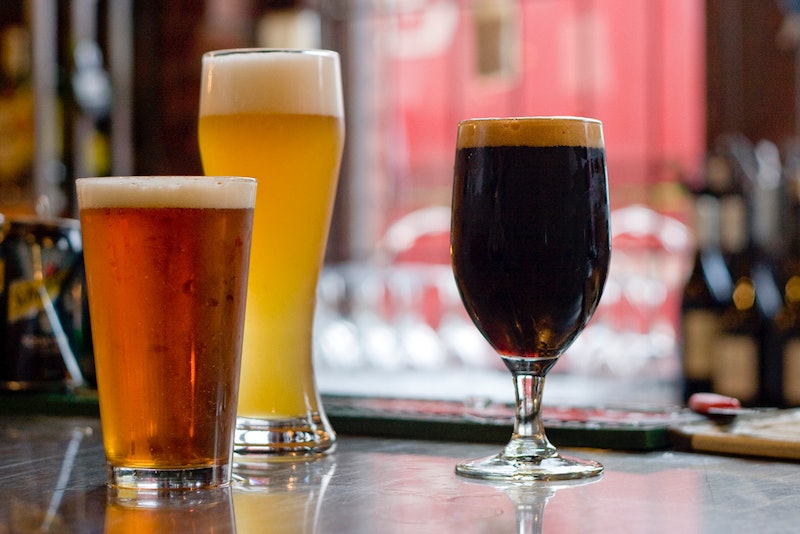 We all know it's generally more cost effective to buy a six-pack of your favorite brew and drink it at home than it is to buy six beers at a bar — but have you ever wondered what the biggest rip-offs at a bar are? How about what the best deals at a bar are? Well, good news: Business Inside spoke to an actual bar owner in order to get the low-down on how bars set their drink prices — and it's… shall we say, enlightening. And even better, they organized their findings in a handy dandy video, which is probably just what you need before your next night out. Talk about vital information for your everyday life!

Now, it's worth noting that the information in the video came from only one bar owner — so you probably know where this is going, right? Yep: How one bar owner runs things isn't necessarily indicative of how another bar owner runs things, let alone how all bar owners run things. As such, it's probably useful to think of the information seen here as a set of guidelines, rather than as hard and fast rules. A huge variety of factors might determine the prices at any given bar, from the type of bar it is to the city or town in which it's located.

I think it's also worth noting that “the best deal” doesn't necessarily translate to “the cheapest option” — but that may not be a bad thing. Say you have a fixed budget of $25 for your next bar adventure. Would you rather spend it on the good stuff, albeit in lower quantities, than on gallons of the stuff that tastes so awful you wouldn't be drinking it if it wasn't so damn cheap? I don't know about you, but I'll take less of the good stuff than more of the awful stuff any day of the week.

So with all that in mind, let's take look, shall we? Here are the takeaways in four pictures; scroll down to watch the full video. Bottoms up!

The percentages seen here are the markups for each of those particular categories of beer — which means that the best deals are to be found on premium brews.

Seeing a trend here? Although in this case, I suppose it's worth considering what you want your alcohol to do; if you just want to get wasted, then shots or bottom shelf are probably the way to go. Still, though — lower markup for better alcohol? I'd go with that option, but that's just me.

I would argue that here, the most important lesson isn't about the markup difference between a bottle of wine and a high-end bottle — it's about the markup difference between a bottle and a glass. Calculate how many glasses of wine you anticipate you and/or your drinking buddies imbibing — and if it's roughly the same amount as the number of glasses contained in a bottle, don't bother buying buy the glass. Seriously, guys. It'll be so much more cost effective just to buy a bottle.

The worst values are to be found in cheap drafts and bottom shelf liquor. Just, y'know… bear that in mind.