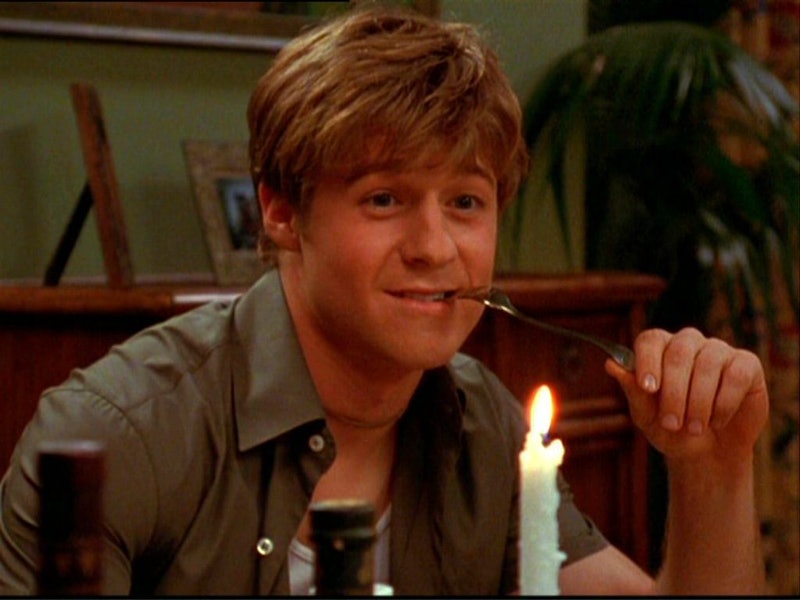 Let's call a spade a spade. Ryan Atwood wasn't the funniest character on The O.C. He's probably not even in the top five. The Cohens' quasi-adopted son usually served as the opening act for someone much more witty: Seth. While the show followed Ryan's journey in Orange County, he wasn't necessarily the character that made me laugh until I wanted to name my guinea pig Captain Oats — I was young, OK? — or had me listening to Death Cab For Cutie way past the time I should have been listening to them. Still, there were a few times when Ryan actually made me laugh and he deserves to be remembered for that.

Ryan "R.A." Atwood was the bad boy from Chino. He was the guy there with Marissa Cooper when she took her final breaths as Imogen Heap sung her off the show. He was the wearer of chokers. He was also funny sometimes. He was definitely no Seth (or even Sandy) Cohen. But it was a combination of Ry-Guy's tough exterior and don't-mess-with-me background that made the following moments even more special.

Here are 11 times Ryan Atwood defied all expectations and made you laugh.

1. The Time He Fiercely Defended Journey

Who knew he was so protective over the band that brought us "Don't Stop Believin'"?

2. When He Made The Most Ryan Atwood Joke Ever

3. When He Joked That He Has A Poolhouse

4. When You Laughed Because He Was Clueless

This is more of a "Oh, he's just so confused about emotions, it pains me to watch," laugh.

5. The Time He Knew What He Was Good At (And It Wasn't Comedy)

He inadvertently made me laugh by saying this.

6. When He Made The Oliver Joke

We'd all take back Oliver, wouldn't we?

7. When He Made A Joke About Burning Houses Down

ROFL, right? At least he can chuckle at his penchant for starting house fires.

8. When He Joked About His Cool, But Silent Demeanor

9. The Time He Said Bagels Are The Answer To Every Problem

Of course everything is going to be OK. They've got bagels. Bagels solve everything. Most things.

10. When He Was Visibly Uncomfortable With Dancing

Your choker says otherwise, my friend.

11. When He Called Seth Out For The Turtleneck

The turtleneck wasn't stealth, it was just bad. Ryan knows fashion and weather patterns well enough to tell anyone off.

Ryan Atwood, thanks for always* making us laugh, you big goon!

*Once in a while.