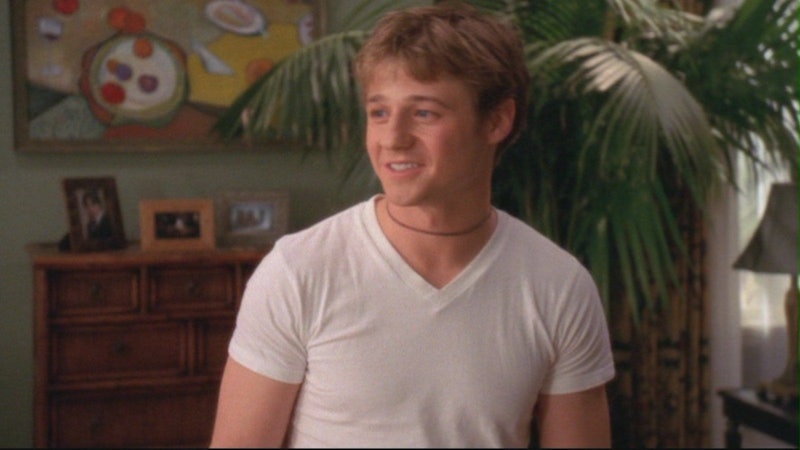 I'll be honest: we don't give The O.C.'s Ryan Atwood enough credit as fans of the show. Though Seth Cohen always wins our hearts with his neurotic charms, Ryan has his own unique appeal... and the show would be nothing without the Ryan and Seth's brotherly dynamic. But what is the opposite of low self-esteem and an unending devotion for bagels? Well, let me break it down for you.

When Ryan showed up in Newport Beach, he was all bubbling rage in a somber, emotionless package, one that was big on hoodies, white tank-tops, and man bangs. He was a lesser James Dean for the new millennium, if you will. Over time, layers were revealed. Ryan's dark family life was elaborated on, with "drinking, crying, and cops" defining his pre-Chrismukkah holidays. This left him with trust issues galore, particularly when it came to Marissa and whatever psycho-of-the-week that was in love with her. He likewise channeled Sandy's need-for-rescuing, constantly trying to save people either from danger or themselves. This didn't always work. See: dead Marissa Cooper.

But not all his traits were marked with tragedy. Unlike our wordy Seth, Ryan was famous for his distinct lack of emotion, with the occasional facial expression thrown in there. He had a hidden talent for architecture, a talent he refined at Berkeley. He had a love for Journey, and not in a grandiose way, like how Seth had a crush on Death Cab for Cutie, but in the Ryan Atwood way: with a loyal, subdued reverence. Oh, and he knew how to throw a punch. Bless.

All in all, if you're not yet certain what makes up Ryan Atwood, let's break out the visuals.