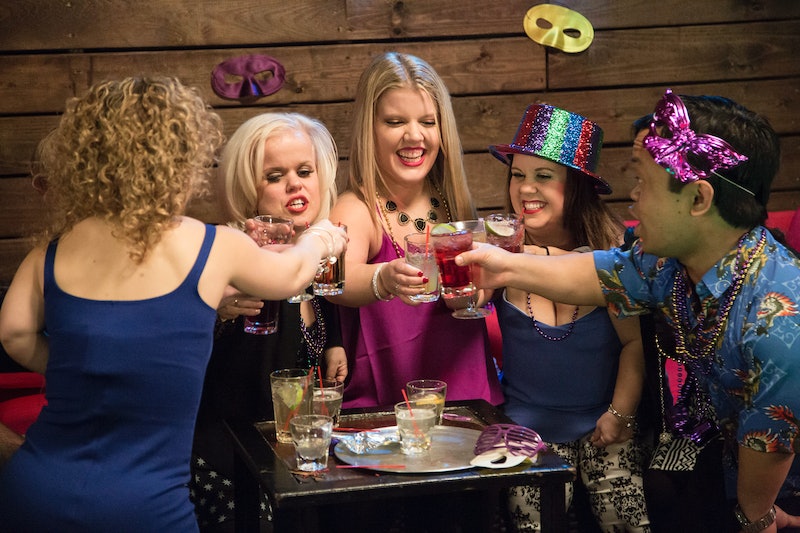 Spinoffs are tricky. You never know if you're going to build a successful franchise that will change TV forever, such as Bravo's The Real Housewives, or if you're going to create a short-lived monster that no one ever talks about again, such as American Juniors. So will the spinoff of Lifetime's successful docuseries Little Women: LA, Little Women: NY, return for Season 2?

The Season 1 finale of Little Women: NY airs Wednesday night, and Lifetime has made no official announcement regarding the fate of the spinoff just yet. Normally, this wouldn't be the time to start panicking, because reality TV shows don't always get renewed as the current season is still airing. However, Little Women: LA was renewed for Season 2 right before the Season 1 finale aired last July. Taking that into account, the fact that we don't yet know whether Little Women: NY will return for another season or not is cause for concern.

However, the Little Women franchise has been altogether successful. Season 1 of Little Women: LA reached a high of 1.4 million viewers, and the Season 2 premiere attracted 1.5 million viewers. Little Women: NY doesn't seem to have garnered quite as many viewers as its flagship series with approximately 1 to 1.2 million viewers each episode. This tweet from Little Women: NY cast member Lila, which links to a since-deleted Instagram post, seems to suggest that her show's ratings may even be on her mind.

Unless of course Lifetime has a spinoff just featuring Little Women: NY 's Jason in the works. I would totally be on board with that too.

More like this
The ‘Love, Victor’ Showrunner Gave Fans Hope For A Possible Spinoff
By Brad Witter
Everything We Know About When To Expect The Rest Of The Upshaws Season 2
By Kadin Burnett
Legacies Showrunner Said There Is Still Hope For More Vampire Diaries
By Gretchen Smail
Here’s Everything Coming To & Leaving Netflix In July
By Grace Wehniainen
Get Even More From Bustle — Sign Up For The Newsletter