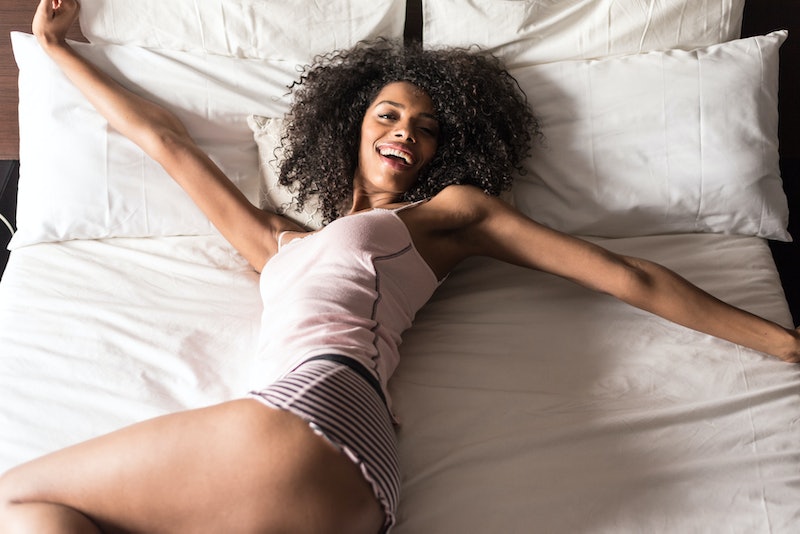 Cleopatra may have had many suitors, but that didn't stop her from wanting a little solo action. Legend has it that she filled up a gourd with bees and let them do their thing. She supposedly died from a bite from an asp, and snakes were considered makeshift vibrators as well, so maybe she had a whole zoo of vibrators. Good thing PETA wasn't around in ancient Egypt.

In ancient Greece, people believed that both men and women had to ejaculate so that a child could be born. So women were encouraged to finger themselves to keep the race going. They may have been wrong about this basic little scientific fact, but hey at least they were open-minded!

More like this
The 19 Best Tweets & Memes About Bisexual Awareness Week
By Lexi Inks
These 4 Signs Are The Seductive Sirens Of The Zodiac
By Brittany Beringer
Are Quality Time & Gift-Receiving Love Languages Compatible?
By Lexi Inks
On TikTok, "Cbat" Has Been Named The Worst Sex Song Ever
By Lexi Inks
Get Even More From Bustle — Sign Up For The Newsletter