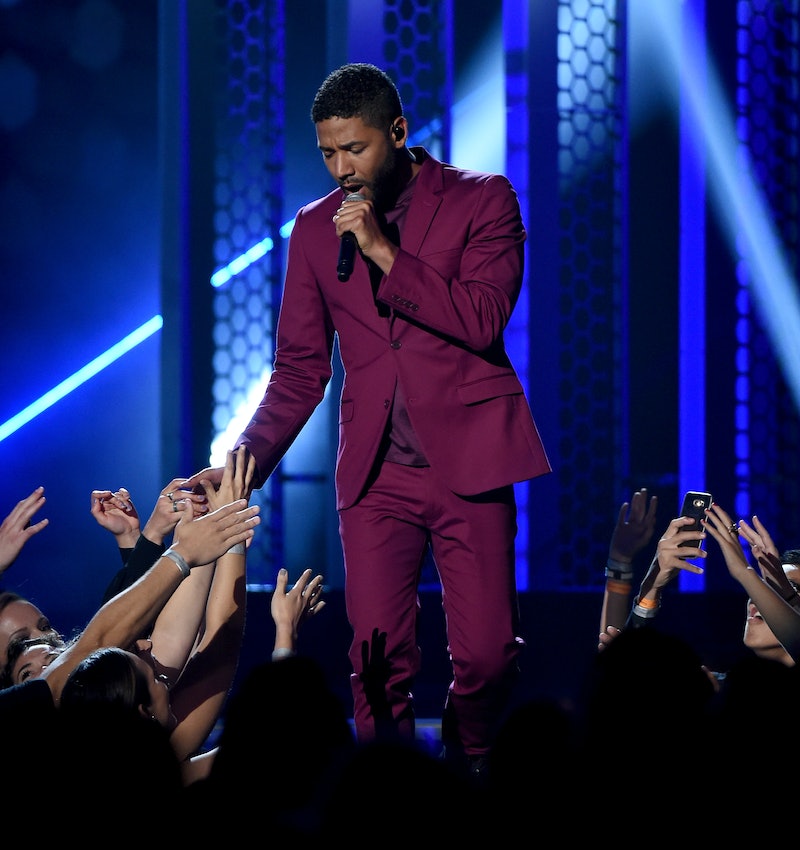 Empire was clearly the best new show of the 2015. And that's not even an opinion. It's simply an indisputable fact. OK... I guess it's an opinion. But as I see it, the show outshined every other program on television with its intense story lines, outrageous plot twists, dynamic characters, and, of course, addicting soundtrack. Not only are the songs on Empire catchy, but they are pretty much all original tracks performed by the cast members. That's a pretty big deal.

Sadly, it's been a while since the Season 1 finale aired, and I still have all of the songs from the show bopping around in my head. I'm sure I'm not the only one humming the tracks, but I have to admit, I don't know all of their lyrics. This why I just need to really commit and download the songs.

Given that Empire is a show about a record label, there are a lot of songs that have been featured. Honestly, you should just download them all, but if you don't want to be overwhelmed with so much music at once, I can make some recommendations about the best songs from Empire that you need to download right now.

This was the song that was really being pushed throughout the season. There was the first version inspired by Cookie that Lucious wrote back in the day. There was also a version that included Lucious, Cookie, Jamal, and Hakeem singing together in the studio, which was pretty adorable. But the absolute best was when Jamal performed the song solo and changed his dad's lyrics as his way of coming out of the closet.

This song from the pilot is beautifully performed and poignantly aligned with the plot. Jamal sings this very powerful ballad in response to his father's disapproval of his homosexuality.

I'm not gonna lie, when I first heard this song I thought it was stupid, but it's just so catchy, and I have to admit, now I love it. If you're going to get one song from Empire in your head, it's probably "Drip Drop."

Lucious and Jamal were at odds the whole season, so it was nice to see the two collaborate on this track. With the use of guitar, it has a different tone than the R&B and rap songs typically featured on the show.

I love when Jamal and Hakeem collaborate. I have no idea why they don't do it more often. Hakeem's brash raps pair perfectly with Jamal's melodic singing. I wish they weren't constantly pitted against each other, but I guess that would make for a pretty boring television show.

This was another great collaboration from the Lyon brothers who were embroiled in yet another battle between their parents. Just when you thought Hakeem was going to shine as rapper due to the fact that he's clearly Lucious' favorite, his brother swoops in singing with the surprise collaboration to prove that they are better as allies than rivals.

The songs featured on Empire are all great on their own, but the context of a television show with characters we know and love gives them a lot of depth and allows fans to really connect to the stories being told. I can't wait to listen to the songs that appear in Season 2.