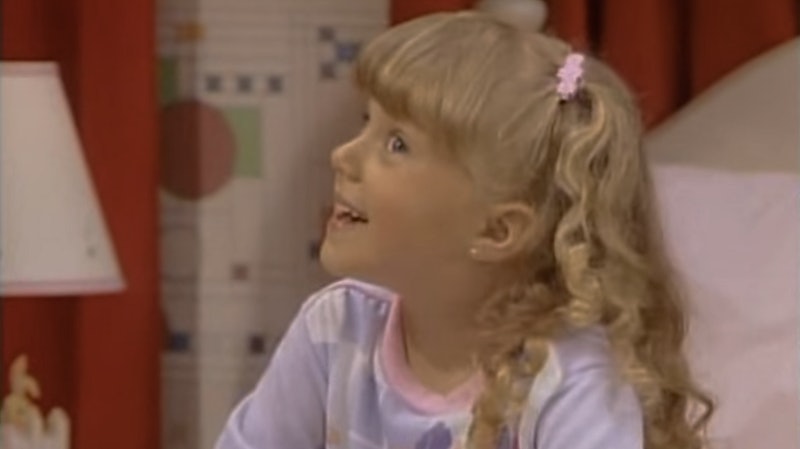 I'm not the middle child of my family, but Stephanie Tanner has always been my favorite Full House character anyway. Where DJ was always kind of serious, and Michelle was always hanging out with her annoying friend Lisa, Stephanie was the most relatable: getting into actual trouble, trying to fit in at school, and making snarky remarks about the rest of her family's ridiculous hijinks. And even when Stephanie grew out of her adorable toddler days, I loved her just the same. School came naturally to DJ, and so did having friends and love interests, but Stephanie had to work for those things, and, like so many of us, failed plenty of times along the way. So if you feel like you're the Stephanie Tanner of your family, don't worry. I just means you've got a pretty interesting journey ahead of you.

Plus, let's face it: Not everyone is capable of driving a car into the kitchen. OK, it's not the best idea in the world, but making mistakes means you're growing, and besides, Danny forgave her anyway, right? In many ways, Stephanie and her ridiculous adventures are the glue that kept the Tanner family together (or at least kept Full House on the air) and that's important!

If any of these signs apply to you, you're in luck. You're officially the Stephanie, which automatically means you're amazing.

1. Your Older Sister Never Lets You Hang Out With Her Friends

Not that you'd want to if her friends are anything like Kimmy Gibbler... But, still, why wouldn't they want you around? You're great!

Not because your family doesn't love you, but because you tend to get lost in the shuffle when you have a big sister who gets straight As and does everything perfectly (sigh) and a little sister who is so adorable that your uncle, John Stamos, can't stop writing songs about her and showing obvious favoritism toward her. Sigh.

3. You Get Into The Most Trouble

And, since you're also often ignored, it's usually a cry for attention.

4. You're Far Sassier Than Anyone Else In Your Family, But It's Totally Under Appreciated

Pin a rose on your nose.

5. You're The Most Talented

Stephanie played in a band and danced, so, obviously, she was the most artfully creative member of the Tanner family. Where is her applause? It's not like she can count on Mr. Bear for that.

6. You Always Say What You're Thinking

Especially if it has to do with your older sister's obnoxious best friend and her equally obnoxious outfits.

Oh, Stephanie. Don't worry, we all love and appreciate you even two decades later.