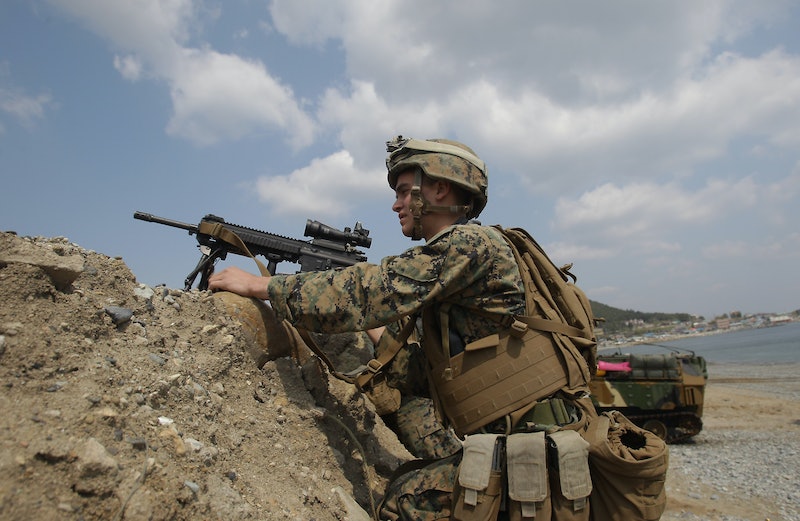 “It’s easy for some people to single out women and say: ‘There’s a small percentage of the force having this problem,’ ” First Lt. Adam Cohen, who said he was raped by a superior officer, explained. “No one wants to admit this problem affects everyone. Both genders, of all ranks. It’s a cultural problem.”

Rick Lawson says he was repeatedly sexually bullied while in the Army National Guard. In one incident, a sergeant reportedly rubbed his groin into Mr. Lawson's buttocks, and in another, he says he was handcuffed and put into a headlock while another member pretended to sodomize him.

Some have tried to blame the military sexual assault problem on the entrance of women into the military, or the repeal of 'Don't Ask, Don't Tell.'

"That is absurd," Lawson says. "The people who perpetrated these crimes on me identify as heterosexual males."

Of course, the stigma of being sexually assaulted—especially as a man— leads to a significant number of these cases going unreported. But the recent congressional efforts to curb military sexual assault, and the release of a new documentary about male sexual assault victims in the military called Justice Denied have begun to create increased awareness about male victims.

This awareness has positive implications for military members of both genders. “I think telling the story about male victims is the key to changing the culture of the military,” Anuradha K. Bhagwati, executive director of the Service Women’s Action Network, told the Times. “I think it places the onus on the institution when people realize it’s also men who are victims.”

More like this
Windrush Victims Are Still Waiting For Compensation
By Sam Ramsden
The Families Of Grenfell Tower Are Still Waiting For Justice, Five Years On
By Bustle UK
Boris Johnson’s Leadership Is In Question – Again
By Bustle UK
17 Powerful Photos From March For Our Lives Protests Across The U.S.
By Michelle Toglia
Get Even More From Bustle — Sign Up For The Newsletter