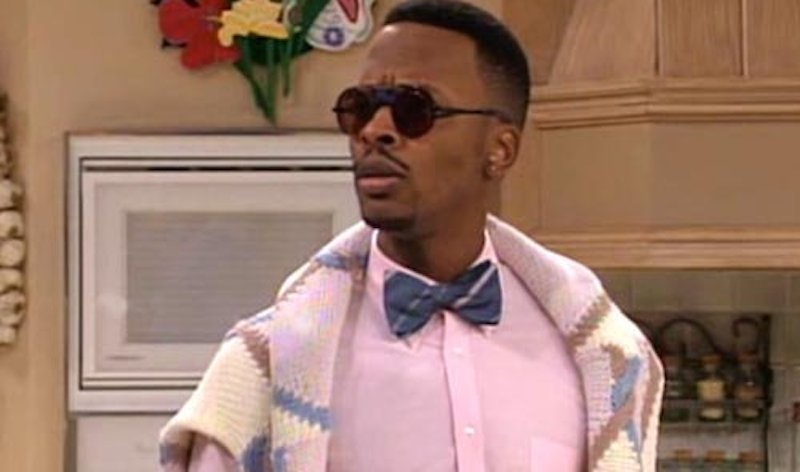 Though the Banks family welcomed Will Smith into their Bel-Air mansion, Will stayed true to who he was. He held on to his strong personality and West Philly swag, which, at times, annoyed his more privileged family members. Despite a few bumps here and there, Will adjusted well to his new upper-middle class surroundings. Still, despite the bonds that he formed with his cousin Carlton and the rest of the Banks fam, the best bond on The Fresh Prince of Bel-Air was the amazing, hilarious, and often ridiculous friendship between Will and Jazz.

The duo initially met when Will tried to teach his younger cousin Ashley how to play the drums; Jazz is introduced to the series as her music teacher. From their initial meeting, Will found a kindred spirit in the Compton homeboy, epic handshake included. Though Jazz and Will got along swimmingly, his poor manners and brash attitude irked the other members of the Banks household, especially Uncle Phil.

Throughout the entire series, Jazz is thrown out of the house (usually by Uncle Phil), for his tacky gestures and his pick-up lines directed at Will's older cousin Hilary. Since he's thrown out so much, Jazz often wore the same shirt. (His clothing had to match the clip in which he was initially thrown out, which was the same clip they used throughout the series.) Though Jazz seems to be a literal throwaway character at first, he soon becomes a beloved character in the series.

But in the end, it always came down to his signature gag: