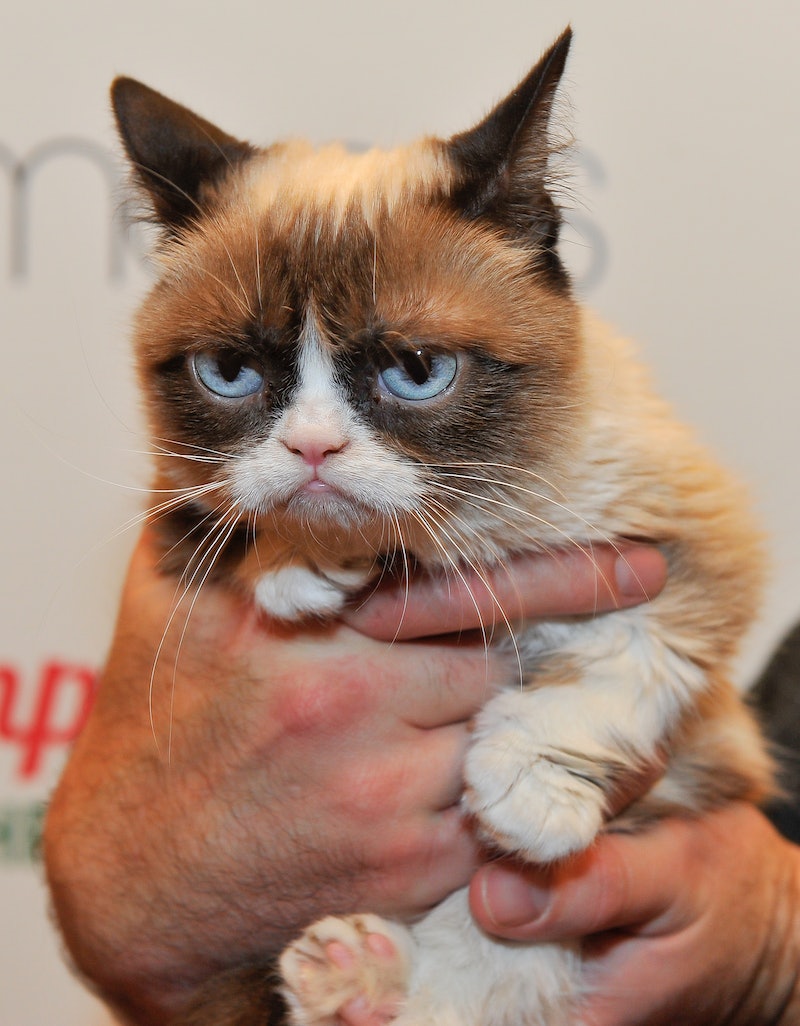 We sometimes forget that not everyone lives and breathes the Internet. And while we salute everyone who logs the heck off and doesn't spend most of their time finding the best gif for a topic, it's not really a life we know anything about. But for those of you who either A). Have not come to terms with the fact that it's 2015, B). Reject all technology, or C). Are too old for this sh**, we'd like to be of service. And by that I mean we, once and for all, are going to explain and answer the not-so-age-old question: What is a meme?

According to the best Internet dictionaries and tech sites the web has to offer, a meme is "A virally-transmitted cultural symbol or social idea." It's a viral image that depicts a certain cultural concept or behavior, which people identify with and share. (That's my attempt at a Merriam-Webster definition.) They're often meant to be humorous, and can apply to various different cultural topics. You can't really control or predict when they're born—often something will spontaneously happen and the Internet will seize onto it and make it famous, sometimes overnight.

And if you're looking for the difference between GIFs and Memes, quick hint: GIFs typically take clips from movies, or television shows where as memes make a topical or culture reference. Or, to be more specific: GIFs always do. Memes are typically static, though they move on occasion. So, the animated clips from Friends are GIFs, and the static images with huge font are memes. That's as direct explanation as you'll ever get.

So, here we go. Here's one example of a meme:

This series of images follows the typical format of a picture with text. This particular meme is "Awkward Penguin," and people typically layer it with text about awkward situations.

Memes can also be holiday specific:

But sometimes, they DO move. And that's just a mind f*$K because like, IS IT A GIF?

There are baby memes, if you're into that sort of thing. This one is of a particularly demanding, pretentious baby, and usually comes with text along these lines:

And this is what happens if you search "douche bag memes," just FYI:

There you have it, friends. Memes: For any occasion, any circumstance, any feeling and any thought you had that you thought was original but actually wasn't. Case in point, the "Obsessive Girlfriend" meme:

And for differentiation's sake, A GIF (which most of us pronounce with a hard "G", though it's supposed to be pronounced like JIF peanut butter) is "a computer file format for the compression and storage of digital video images," according to Merriam Webster. It stands for Graphics Interchange Format, but they figured GIF sounded sexier, so here we are.

This is a GIF:

They're saved on your computer as .gif. Just like movies are saved as .mov. IT'S ALMOST LIKE THE COMPUTER IS TRYING TO HELP US, GUYS.

Look how much fun we're having here.

And that concludes our mini GIFs seminar.