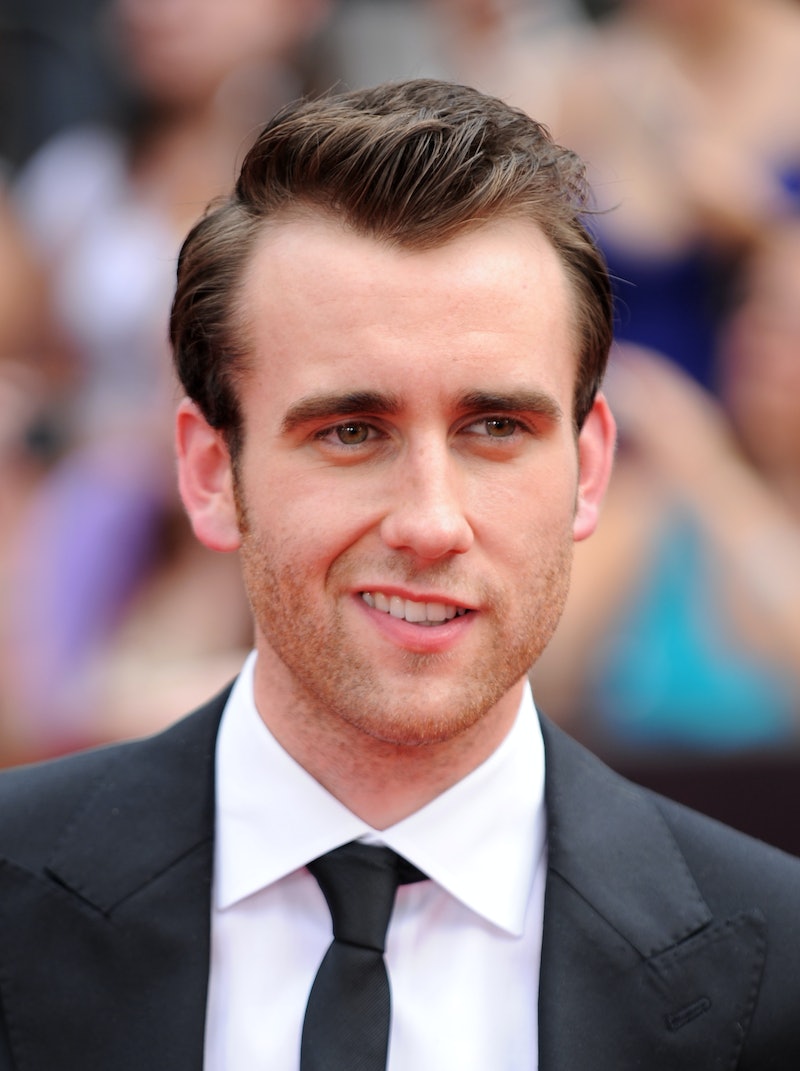 Much of the world owes Matthew Lewis, who played Neville Longbottom in the Harry Potter series, a big fat apology. It wasn't until recently, when he emerged from his pubescent cocoon a hunky butterfly, that audiences started paying him any real attention. Sure, I loved him as the nervous Gryffindor with a heart of gold, but now Neville Longbottom's anxious skin has been shed, and in its place is Matthew Lewis, the 25-year-old Brit who'll make you swoon with his good looks and charm. Goodbye toothy Neville, hello sultry Matthew Lewis!

Recently, Lewis has been spotted wearing almost nothing in a photo shoot for U.K.'s Attitude magazine. The photoshoot had Harry Potter author J.K. Rowling up in arms over the actor's lack of clothing, but it had the rest of the world drooling on their laptops. To make matters worse (so, so much worse) Lewis was also spotted playing with a batch of freshly born dogs, otherwise known as puppies, in his skivvies. That's right, Neville Longbottom stripped down to his underwear with a bunch o' puppies. But this isn't the first time the actor has assaulted our senses with his gorgeous face and body, nearly inflaming our ovaries to the point of implosion. Here are 13 other times Neville Longbottom — that is, Matthew Lewis — almost got you pregnant.

When He Lamented Being A Non-Sexy Longbottom

When He Grabbed His Goods

When He Utilized His Perfect Eskimo Kissing Technique

When He Was Just A Little Too Confident

When He Danced Shirtless

When He Did This Slow-Motion Move With His Tongue

When He Had A Casual Convo With A Puppy

When Nodded In Agreement With Your Clever Idea

When He Showed Off His Stomach Muscles

When He Moistened His Lips

When He Couldn't Handle How Cute You Are

When He Laughed At Your Hilarious Quip