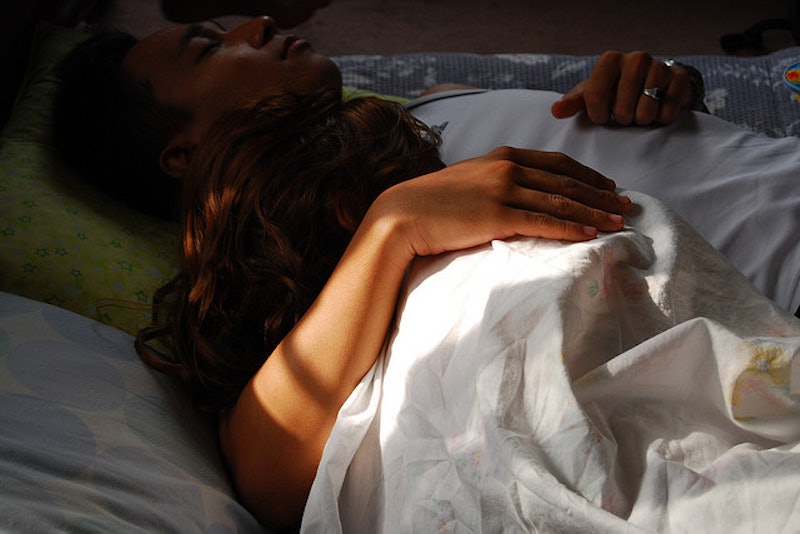 The 1990s, from what I remember, was a good decade. We had Saved by the Bell, Nirvana, My So-Called Life (Jordan Catalano FTW), and toward the tail end of it, we even got Sex and the City. I’m sure there were other things too, but that’s all that’s sticking out at the moment. We also had, according to a new study, more prudish people than we do now. According to social psychologist Justin Lehmiller people are more accepting of sex than they were 20 years ago. Although the research he analyzed comprised of input from 33,380 Americans’ attitudes from 1972 to 2012, Lehmiller’s big focus was on the shift between the 1990s and now. While some things stayed the same, like the percentage of those who admitted to having premarital sex, 15.4 percent in the 1990s compared to 15.8 percent now, other changes were more obvious. For example, 8.4 percent of people had paid for sex in the 1990s, whereas only six percent paid for it in most recent years.

But while people are less likely to hit up a pro for action these days, they are more likely to have more sexual partners than they did 20 years ago. Between 1990 and 1994, the average sex partner amount was somewhere between eight and nine. As we rounded the corner into the 21st century, that average became 10, and by 2012, that number lingered above 11, but not quite 12.

When it comes to casual sex, there's also a difference in the past two decades, although not huge. In the 1990s, 32.2 percent of Americans had had casual sex in the last year compared to 37.9 percent who could say the same thing now.

Where the biggest jump occurred was in people sleeping with acquaintances. (Friends with benefits anyone?) In the 1990s only 30 percent of Americans had had sex with an acquaintance, but now 20 years later, that number is at 41.2 percent, which leads me to believe that Justin Timberlake’s Friends with Benefits movie actually did something besides give many of us lady boners ― for both him and Mila Kunis.

The takeaway is that, as is supposed to be the case, we as humans are evolving in our thoughts and opinions about sex. People are not just more accepting of certain parts of sexuality, but according to these numbers, they’re also more likely to act on those thoughts. While we’ll probably never see any of those results reach 100 percent, it is reassuring to know that when it comes to the topic of sex people are moving in the right direction, out of the dark ages and toward acceptance. High-fives all around.