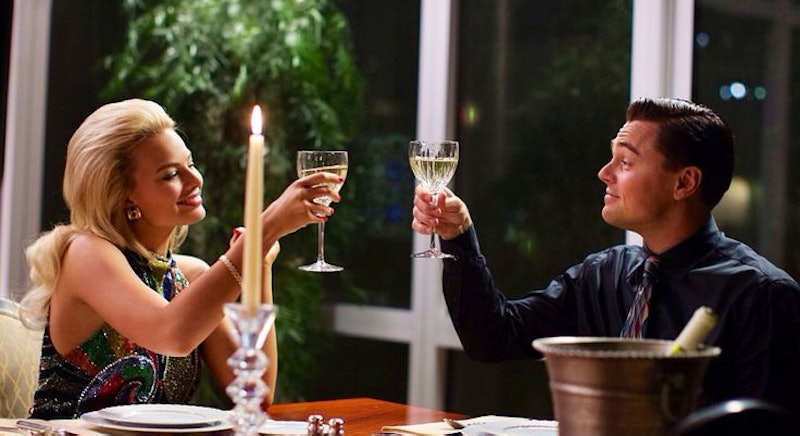 If you’re attracted to men with money who like to show it off with extravagant purchases, don’t feel too bad. According to a new a study, it’s when men show off just how rich they are by dropping big bucks on fancy items that the economy benefits. What this means is that you no longer have to shame yourself for being attracted to the guy with the fat wallet, because you can tell yourself that you’re just doing so for the greater good. No one can fault you for trying to make the economy stronger. According to the study out of University of Western Australia, when men spend a lot of money to impress women, it helps drive the economy in the right direction. Contrary to the belief that such behavior is associated with a mid-life crisis, the mathematicians behind the research found that “peacocking,” as it’s called, is actually just humanity’s way of procuring a mate. Male moose have antlers, male baboons have that colorful ass, and of course male peacocks have those exquisite feathers. Because, physically, male humans don’t have anything to show off, the best they can do is make obnoxiously extravagant purchases, and in doing so, they prove their reproductive success and capability of being a partner who provides.

Driving the economy and signaling to women just how awesome they are? I think we call this a win-win.

Peacocking, of course, is nothing new. Before the invention of the Learjet and Rolex, Stone Age men proved their success and desirability by how many axes they had. Back then men would make too many axes than they actually needed just to prove what a catch they were. However, there was no economy to benefit from some Neanderthals sitting around making stone tools, so there's no real win-win there.

But not all spending is good spending, at least in the eyes of women. As much as ladies love a man with money to waste, they draw the line when it comes to flashy cars. A 2011 study by the University of Texas found that women think men in two-seater, expensive cars are only looking for a fling and not love. Men think that their bright red Porsche Carrera GT is going to make them a hot commodity when it comes to women, but the majority of ladies won’t give a man in such extravagance the time of day. Apparently, reproductive success can’t be signaled by a flashy car.

Takeaway? There is an evolutionary reason why men are prone to show off the money they have, and an evolutionary reason why women are attracted to these men. You can call it shallow and materialistic all you want, but this behavior is biologically inherent. In the peacock world, you’d naturally try to get with the male with the prettiest feathers, but in the human world you just have to settle for the male dressed in Armani who's offer you trips to Barney’s. Personally, I don’t see anything wrong with that. Besides, as I like to tell myself, it’s for the greater good.

More like this
David Beckham’s Controversial Qatar Deal Skyrocketed His Net Worth
By Catharina Cheung
Twitter Has *A Lot* To Say About The "Single Penalty”
By Sam Ramsden
The Mysterious Gunther Corporation From 'Gunther’s Millions' Has Dissolved
By Brad Witter
Maya Jama’s Net Worth Definitely Won’t Give You The Ick
By Sophie McEvoy
Get Even More From Bustle — Sign Up For The Newsletter
From hair trends to relationship advice, our daily newsletter has everything you need to sound like a person who’s on TikTok, even if you aren’t.