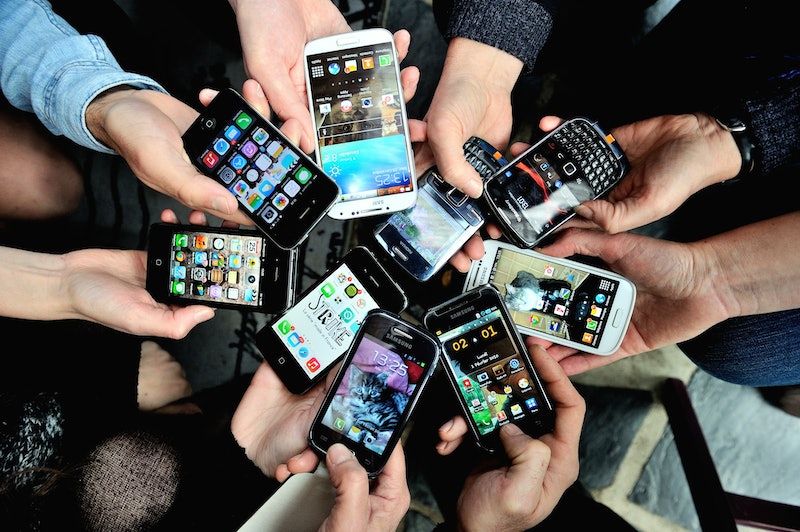 It is highly likely that if you're reading this post, you have a smart phone, and if you have a smartphone, you definitely have certain habits attached to it — possibly ones you don't even realize you have. A new report published by Mary Meeker in the 2015 Internet Trends Report shows some interesting habits exhibited by Millennials when it comes to their smartphones and the Internet, which might make you look at your own habits to compare. I know it did for me.

First, some general statistics from the report to start us off: As of 2014, there are 2.8 billion Internet users across the world, 10 percent of which live in the United States. 40 percent of all 5.2 billion phone users in the world own and use smartphones, and the amount of hours per day spent on a phone screen skyrocketed from less than half an hour a day to over two and a half hours in four years. Needless to say, there are a lot of smart phoneusers out there who spend a lot of time looking at smartphones (and presumably consuming both media and advertising on said phones).

So what are the specific habits of these users? Here are seven major takeaways from the study that show how we're doing:

1. Smartphone users seem to be consuming media on the their phone's Internet.

However, they're also spending less on advertising that comes with that media than they do when they consume print or television media.

2. Smartphones are most frequently used for turn-by-turn GPS navigation and following along with breaking news and events.

84 percent of all cell phone users in the United States use their phone for these things.

3. The most popular form of social media used on mobile devices in the United States is Facebook.

4. 87 percent of American Millennials say their smartphone never leaves their side.

Day or night, it's always there.

5. 44 percent of American Millenials use their smartphone camera at least once a day.

76 percent of those who use it take photos specifically for social media.

7. Apple, Google, and Facebook are, obviously, some of the top ranking global internet market leaders.

Check out the full report here — and if you're reading this on your phone, maybe now would be a good time to take a break.