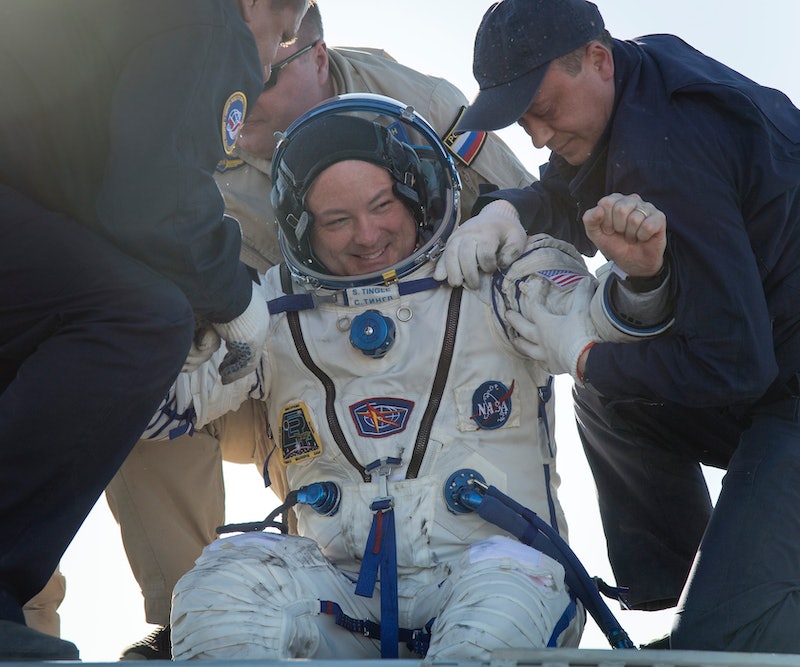 All things considered, I live a pretty low-risk life. You know who doesn't, though? The people who work the most dangerous jobs in the world. Seriously, you guys — welding equipment supplier Westermans International just released an infographic detailing the fatality rates of some of the riskiest professions around, and they are not for the faint of heart. Is it kind of morbid? Well, yes — but let's also take this moment to appreciate the folks who do these jobs, because they really, really deserve a round of applause.

Although some of them (astronaut) might sound more dangerous than others (recycling collector), what they all have in common is that they're all super physical. This isn't to say that they don't require brainpower, as well — on the contrary: It takes a helluva lot of smarts to handle most of these gigs. But those of us who spend our days typing away in front of a computer don't typically have to worry about, y'know, making sure a plane doesn't crash or coming in contact with live power lines or anything.

There are also some fun, if unexpected, facts: Fishermen (and women — fisherpeople? Whatever, just go with it), for example, are more likely to get struck by lightning than anyone else. According to a National Weather Service survey from 2013, 26 fishing deaths resulted from lightning strikes between 2006 and 2012; for camping the number was 15; boating, 14; soccer, 13; and golf, eight. I have not hitherto participated in any of these activities… but now I quite possibly never will, either. Yes, I realize my fear of being struck by lightning is slightly irrational — but I'm still going to err on the side of caution.

Check out the full infographic below. And to everyone who actually has these jobs? I salute you. You are far braver than I.