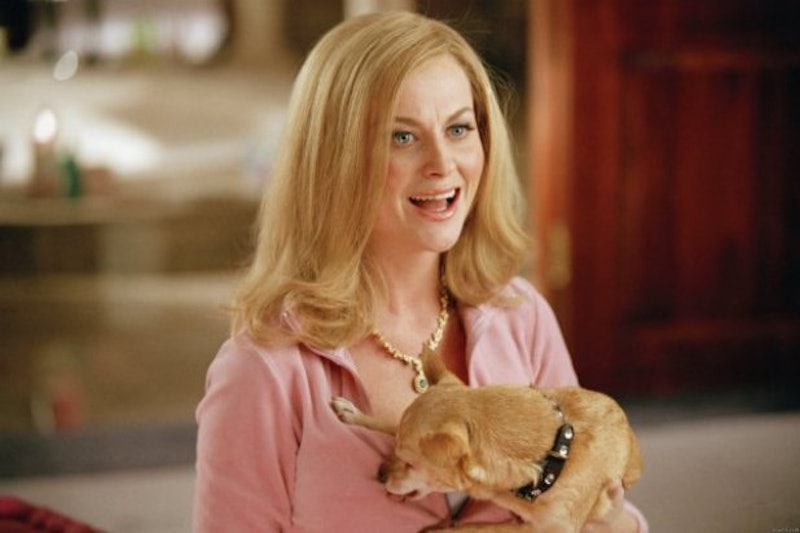 People who are naturally inclined to be good parents types tend to be "moms" long before they become actual mothers. Sometimes I like to think of what the most stereotypical moms of our parents' generation were like in their younger days, and I can't help but hope they, too, were holding their friends' hair back and advising yet another poor friend not to sleep with someone so evidently terrible for them. It's true – some people are just born mom before they actually have children of their own. Every friend group has one. Some groups have more than one, if they're very lucky.

That's not to say that people who don't always feel like "natural maternal" people can't make great moms. Clearly, that's an insane thing to think. People grow and change and take leaps that take them outside their comfort zones, and they kick ass at it. Some of the absolute best, happiest, most incredible moms are people who never even knew they wanted kids until they were actually doing it, let alone being someone who consciously identified as a "mom" before having a child of their own. I'm definitely not trying to say that people who always felt and acted like moms are in some way "better" people for it, or make better parents.

That said, those people exist. And to be honest, they're the only reason most of us survived our teens and early 20s.

Here are 8 ways to tell whether or not you're one of them:

You always seem to be talking sense into someone

Your go-to tone when speaking to your friends is a mix between "tough love" and "lecturing," but your friends love that most about you. You're not going to bullsh*t them, nor are you going to sit complacently as they go back for a third round with Mr./Ms. So Clearly Not Right For Them.

Tylenol, tampons, condoms, phone numbers of plumbers, gum... You name it, you've got it, and usually in a trial/travel sized package that you can whip out when the occasion calls. If your friends ever need literally anything, you're the first person they ask (and you almost always have what they need).

Whenever there's a crisis of any kind, everyone always ends up at your place

You've housed, cuddled, fed and given water to more drunk and heartbroken acquaintances than you can probably even remember.

You're already making excuses to stay in/leave the bar early

And most of those excuses have to do with getting a full night's rest, being irritated about the music, as it is too loud, or just wanting your precious, candle-lit, Brené Brown audiobook-narrated "me" time.

If it weren't for you, some of your friends would never eat a single green vegetable ever

You're the one pressing kale juices and carrot sticks down their (not metaphorical) throats. If you don't nourish them, who will?

You can get a little condescending, but it's really not your fault everyone does a bunch of dumb sh*t all the time

And the obnoxiousness of it all is not lost on you, but god, you'd be remiss not to lift a brow at so-and-so's latest antic.

For as much tough love as you dole out, nobody loves 'em like you love 'em

Seriously, you tear up at the thought of how much you care about these slightly defective humans you call friends. You're the first to stay they're like family to you (and the first to treat them that way.)