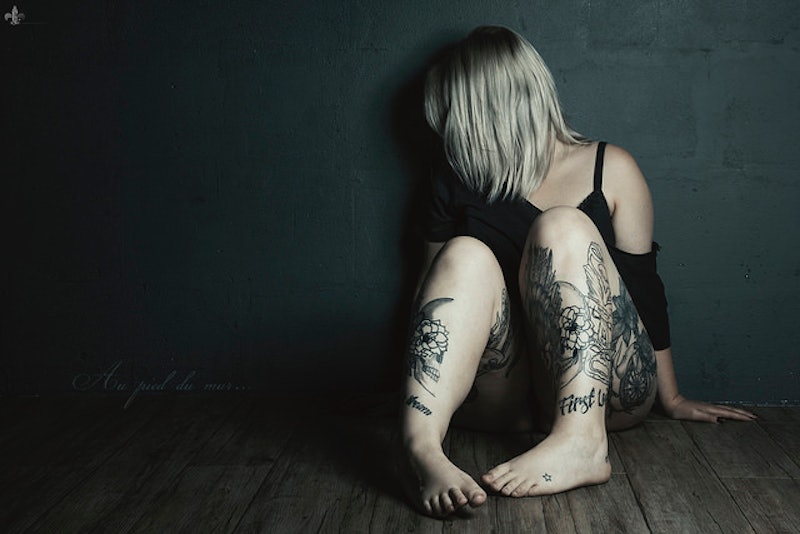 This week, Scottish Equality Network released a UK-wide report dissecting bisexual people's experiences with discrimination when accessing essential services, such as healthcare and counseling. The study, called "Complicated?: Bisexual people’s experiences of and ideas for improving services," revealed that 48 percent —practically half —of bisexual people have faced biphobia in these types of environments.

513 bi folks participated in the study from July 2013 - September 2013, and it is described as "the first UK wide research report to focus specifically on bisexual people’s experiences of accessing services." The Equality Network aimed to fill a gap in research about non-heterosexual orientations, since bisexuality had not been as extensively studied. In addition to the alarming rate at which bisexuals reported discrimination, another upsetting fact produced by the research is that "the highest amounts of biphobia experienced are within LGBT services and [National Health Service] services." The prevalent biphobic incidents in LGBT spaces point to the issue of bi-erasure in LGBT communities. An interviewed participant said that “while attending LGBT services they had 'heard lots of negative comments... and dismissal of the need to include bisexual people.'” This would explain why 25 percent of participants reported feeling uncomfortable identifying as bisexual at LGBT services, and why 42 percent feel pressure "to pass as gay or lesbian when accessing services."Interviewed subjects also experienced hostility from medical professionals, and described nurses denying medical treatment if their sexualities became known. One participant recalled a hateful nurse who said, “She’s not normal and just a greedy b***h,” and then refused her as a patient. As Tim Hopkins, Director of the Equality Network, said, “This leaves them at high risk of not getting appropriate information and support.”

While the report is the first of its kind, the hate and marginalization exposed has long existed for bisexual people. It “simply reflects the realities they have been painfully aware of for a long time.” Other key findings from the survey:

The study not only aimed to illuminate frequent instances of biphobic discrimination, but also highlight stellar examples of inclusive services, and provide specific suggestions to help organizations improve bisexual inclusivity. Suggestions for organizations included reaching out to bisexual activists in order to evaluate their own interactions with bi folks, as well as improving the language used in these interactions. For example, the report explains that service providers should not use "gay" as a blanket term for all queer sexualities or struggles, as it contributes to bi-erasure. The report also expressed a need for improved representation in LGBT services; it recommends events that feature bi speakers, bi workshop facilitators, and programs that acknowledge bisexual issues, such as "safe sex information that is inclusive of multiple diverse gender combinations and behaviors." "We hope that this report will help services to better understand and assist bisexual people,” said Hopkins.Image: Aurélien Glabas/Flickr

More like this
25 Inspiring Quotes From Black Women To Celebrate Black History Month
By Kyli Rodriguez-Cayro and JR Thorpe
Gen Z Are Twice As Likely To Identify As Queer, According To New Data
By Sam Ramsden
What The UK Blocking Scotland’s Gender Recognition Bill Means
By Sam Ramsden
The UK Government Is *Finally* Banning Conversion Therapy
By Sophie McEvoy
Get Even More From Bustle — Sign Up For The Newsletter
From hair trends to relationship advice, our daily newsletter has everything you need to sound like a person who’s on TikTok, even if you aren’t.