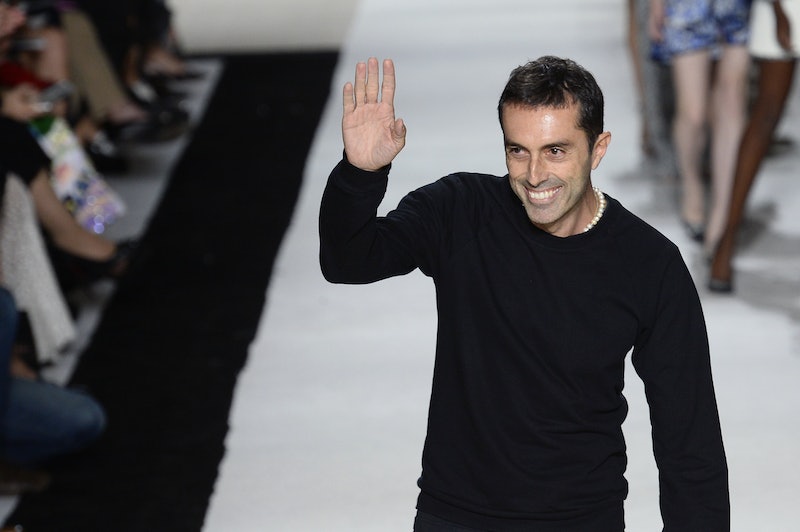 In case you've never watched an E! red carpet event— which you should because ish goes down—Giambattista Valli is a long time favorite of several of Hollywood's A list celebrities. The designer is known for his stunning, epic couture creations and his focus on flattering all women. Stunners Diane Kruger's relationship with Giambattista is definitely one of the books and has earned her the moniker of Valli girl. If loving Giambattista is wrong, we're pretty sure she doesn't want to be right.

Valli's work has always been met with accolades. Back in February, Rihanna rocked one of his designs on the Grammy Awards red carpet, and it was met with everything from love to mockery. The overly full, pink gown was dubbed a cupcake, but no one can say it wasn't unique. However, to balance out the gown Rihanna wore, we've got to discuss his 2015 couture show which was filled to the brim with stunning, flattering, and feminine gowns. Not to mention, who could forget that gorgeous, ombre number Lena Dunham wore to the 2014 Emmy Awards? Basically, the designer is one of the best in the glamour business, and it hasn't gone unnoticed by Hollywood.

Many of the designer's devoted followers have been dubbed Valli girls by press, and there's little doubt that they've have a problem with the moniker. Of the designer, Diane Kruger says, "Giambattista loves women...And I mean in the real, ‘no, we don’t all fit a size zero’ way. His clothes flatter a woman’s shape. They make us feel beautiful.” Kruger definitely isn't exaggerating. Valli himself explains, "When I’m dressing an individual client, what interests me most is her gesto. The unique way she crosses her legs, moves her hands. My job is to help her express her special charm, her identity. A bit like a psychiatrist. That’s why I wear black. I want to be as inconspicuous as possible, like a shadow, because the point of light—of fire—should be the woman.”

Valli's focus on women and their desires make him not only a wonderful designer but also a man whom working with must be a pleasure. His stunning gowns and perfect ready to wear lines are the epitome of feminine glamour, and for his tenth anniversary, what better way to celebrate him than to emphasize his talents? His success is enviable, and we hope it never ends.