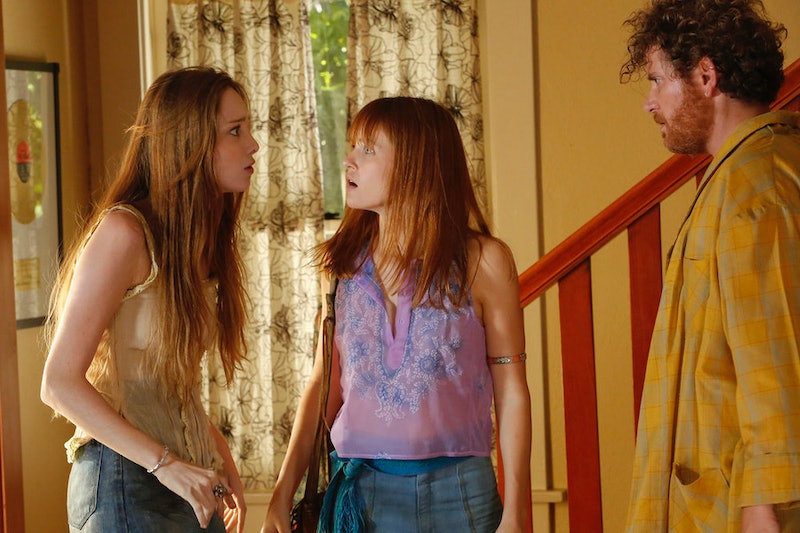 To paraphrase the great Whoopi Goldberg in Ghost, ‘Emma, you in danger, girl.’ NBC’s new crime thriller Aquarius started out with your average teen angst. A young girl, ignored by her fighting parents sneaks off with her boyfriend only to get swept away by a magnetic stranger who plays a mean acoustic guitar (OK, average if you watch a lot of television, anyway). After some fancy detective footwork by Sam Hodiak and his undercover agents, it turns out that Manson is very well acquainted with Emma’s father Ken. In fact, Ken was his lawyer and they shared a whole lot more than just paperwork. That’s right. Emma’s boyfriend (who she shares Big Love style with a few other women) used to have an intimate relationship with her father. If that weren't bad enough Emma is Charlie Manson's leverage and it may get her killed on Aquarius.

Manson and Emma’s meet-cute ended up being nothing more than a calculated set-up by Manson to pull Emma into his web. His dream is getting his big music career (bigger then the Beatles!), and he wants her dad to connect him to the right music producers. Manson’s got dirt on Ken, not to mention his high-level executive friends who are anxious to keep Manson happy and quiet. That seems more important then getting Emma back, putting her in a whole lot of danger.