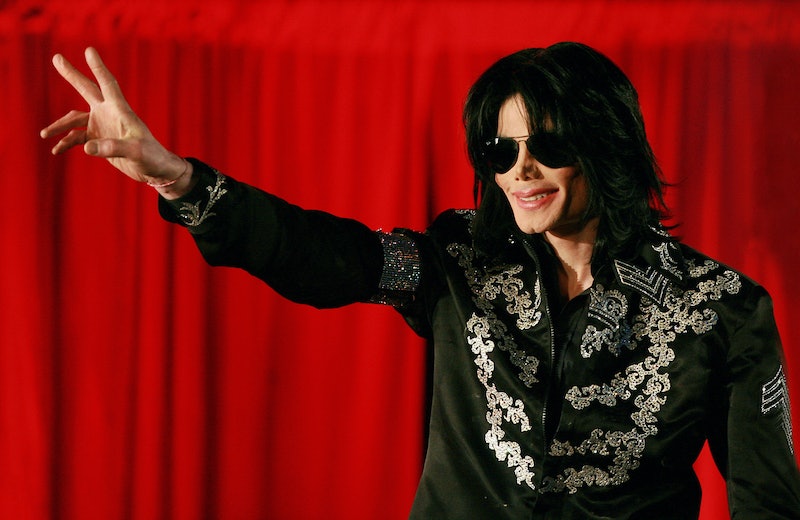 The California ranch no longer has amusement park rides or an exotic zoo, but it will still be known as Neverland to former owner Michael Jackson's fans. And now, the once-home of the late King of Pop is for sale, if you happen to have several million dollars to spare. Yep, Michael Jackson's Neverland is on the market for $100 million.

According to the Wall Street Journal, Jackson paid $19.5 million for the ranch back in 1987 and made it his home for more than 15 years. The impressive 2,700-acre property boasts 22 structures, including a giant Normandy-style main home, man-made water features, a tennis court, a basketball court, a swimming pool with a cabana, and a whole area just for barbecuing. Though the rides and animals have long been removed from the property, there are still a few signs of its former owner, such as a train and a clock made out of flowers that spells out "Neverland." The property is now being listed as "Sycamore Valley Ranch," the same name it had before Jackson purchased it back in the 1980s. But it will probably always be known as Neverland, for better or worse.

As can be expected, fans of the late pop star are clamoring for the chance to see the beautiful property of their idol. In fact, real estate agents have actually already had to warn off Jackson fanatics who simply want a tour of the place and its history, saying anyone who wants to examine the property will be subject to "extensive prequalification." But, just as there's positive interest in the home, there's controversy and infamy associated with it, as well.

After all, Neverland Ranch is where Jackson was accused of molesting children who were visiting the home. Though Jackson was acquitted on the molestation charges in 2005, the singer opted to distance himself from the property afterward. According to the New York Daily News, the singer reportedly said that he no longer felt at home at Neverland after the police raided it in 2004, and lived elsewhere until his death in 2009. Until now, the future of the property seemed to be in real estate limbo.

Randall Bell, a specialist in valuing stigmatized properties, told the LA Times , “There is obviously a lot of affection for him and his talent. But it’s hard to get by the fact that Neverland is closely associated with child molestation. I think $100 million is very optimistic."

We will have to stay tuned to see how the future sale goes.