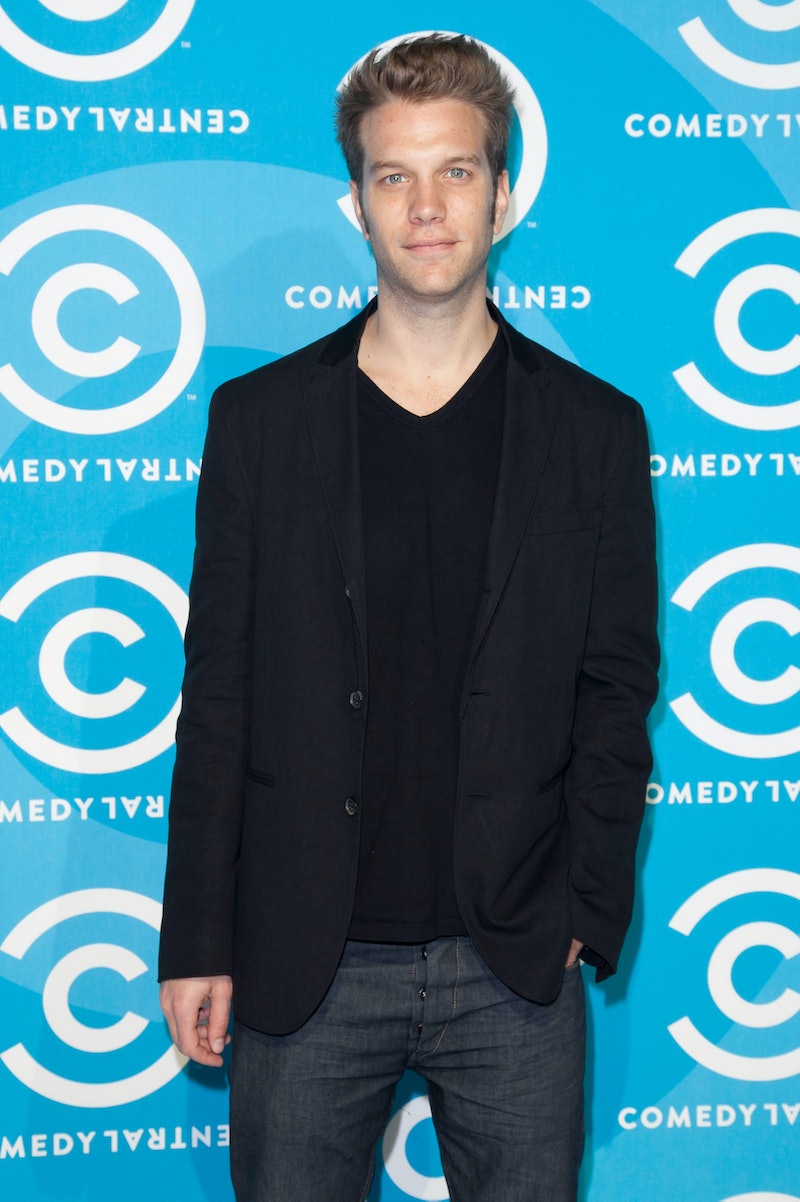 Depending on your sense of humor/relationship to offensive comedy, you are either a tad bit bummed or doing quite the happy dance right now: Anthony Jeselnik ' s The Jeselnik Offensive has been canceled. Booted from Comedy Central, kaput, etc.

Chances are if you know who Anthony Jeselnik even is, you either love him or you hate him — he is, after all, known for his stage persona of the utterly evil bro. He's a comedian who actively makes it his mission to joke about topics that no one is ever supposed to find funny. Here's what he said about rape jokes in an interview with The Wrap last January:

Q: Is there a way to write a good rape joke, as opposed to a dumb one? Are there certain rules, like you, as the comedian, can't be the rapist? A: I hate putting any rules on comedy, like "You can never do this." But I think that if you're not really kind of "winning" in the rape joke it helps people laugh at it. … I think any bad rape joke is a lazy rape joke: If the punchline is rape, and that's it. If you're like, "Oh, look how edgy I'm being by mentioning rape or mentioning raping someone." If they're in no way surprised by it … If you introduce rape in there just to up the tension a little bit.

Whether your reaction to Jeselnik's jokes is raucous (or nervous) laughter or deep guttural disdain is entirely subjective, of course — and in my personal opinion both are totally valid — but he's always had a habit of goading some kind of strong reaction from the public.

No more, alas, at least not through The Jeselnik Offensive; Jeselnik announced at the tail end of the show's comedy tour that the show would not be moving forward.

You be the judge, though — do you think Jeselnik's jokes are well-structured provocations meant to make us think about the boundaries of humor? Or should we put him in the vault with Daniel Tosh and only let him out when it's time to talk about the ways in which comedy can go horribly horribly wrong?

Let us know on twitter (@Bustle), but in the meantime, some examples, including his take on apologizing for a joke, as discussed during the Hollywood Reporter comedy roundtable:

More like this
Halsey Reveals Why They’ve Been “Really, Really, Really Sick” Recently
By Grace Wehniainen
Sandra Bullock, Girlboss Extraordinaire
By Matt Harkins & Viviana Olen
The WAGatha Christie WhatsApp Messages Have Been Released — & They're Wild
By Sam Ramsden
Prince Harry Spoke Out About Archie & Lilibet’s Futures And What Worries Him The Most
By Sam Ramsden
Get Even More From Bustle — Sign Up For The Newsletter