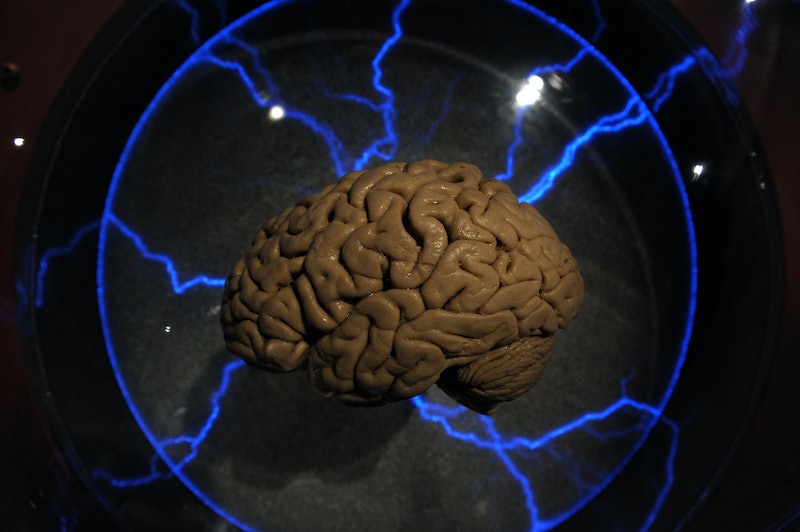 If you've ever wondered how you can access all of those memories and moments that you've forgotten, since has figured out a way how. New research has found that memories that are "lost" to amnesia don't disappear; they're just blocked from being accessed. Researchers from the Susumu Tonegawa at the Picower Institute for Learning and Memory at MIT conducted a series of experiments with mice that showed memories believed to be "lost" aren't actually gone — and, in fact, can even be retrieved.

The study's findings were published in the journal Science yesterday, and while the experiments have not yet been replicated in humans, they still have a lot of potential to be useful for our own species. This research has me really excited; there have been so many times I've wished I could remember every single thing that has ever happened to me or wondered where all of those experiences I can't remember live. Imagine if you could access all of the memories from being a child you've forgotten! Maybe this finding could even somehow benefit those with Alzheimer's disease or dementia who suffer from memory loss. I know how exciting these results could be for many of us, so let's get into the logistics of their experiments, what they found out, and what it means.

The mice were trained by the scientists to remember receiving a shock in a certain location. Then, the researchers took that information and tagged the specific cells in the mice's hippocampus, where memories are formed. When the mice were then placed back in that spot, they stopped in their tracks, as they recalled the pain of the shock they received — a memory.

Some of the mice, however, were not placed back into the same room after receiving a shock; instead they were given a drug which stops the memory making process. When they were placed back into the same spot they received the shock from the first time, this group of mice didn't remember receiving the first shock and didn't act in fear or anticipation while in that room.

For the mice without tagged cells, the experimenters activated those specific cells they identified in the tagged mice to see if it would cause them to retrieve the memory of the forgotten shock. In order to do this, they used a laser to stimulate those hippocampus cells through the processes of optogenetics.

When those cells were activated, the mice who had initially forgotten about the shock now froze — but there's a twist. Not only did they remember the shock in the room they'd received it in, but they also froze in rooms in which they had not received a shock. Paper author Tomas Ryan commented on this finding's significance, telling TIME magazine, “This type of amnesia in general is due to inaccessibility of a memory; the memory itself is still present."

The study results specifically suggest that memories that were "lost" after a traumatic event like a car accident, or even because of something like dementia, could possibly be retrievable in humans. Ryan says that if this processes of encoding happens soon after the traumatic event, memories could potentially be saved, with the chances decreasing the more time has passed. But, if there are extensive brain injuries involved, this process probably won't be possible.

These findings still have to be fully replicated in humans to see if the benefits are still there. But, it seems promising that memory retrieval will be possible for those who have experienced amnesia because of trauma. We'll just have to keep our eyes on science.