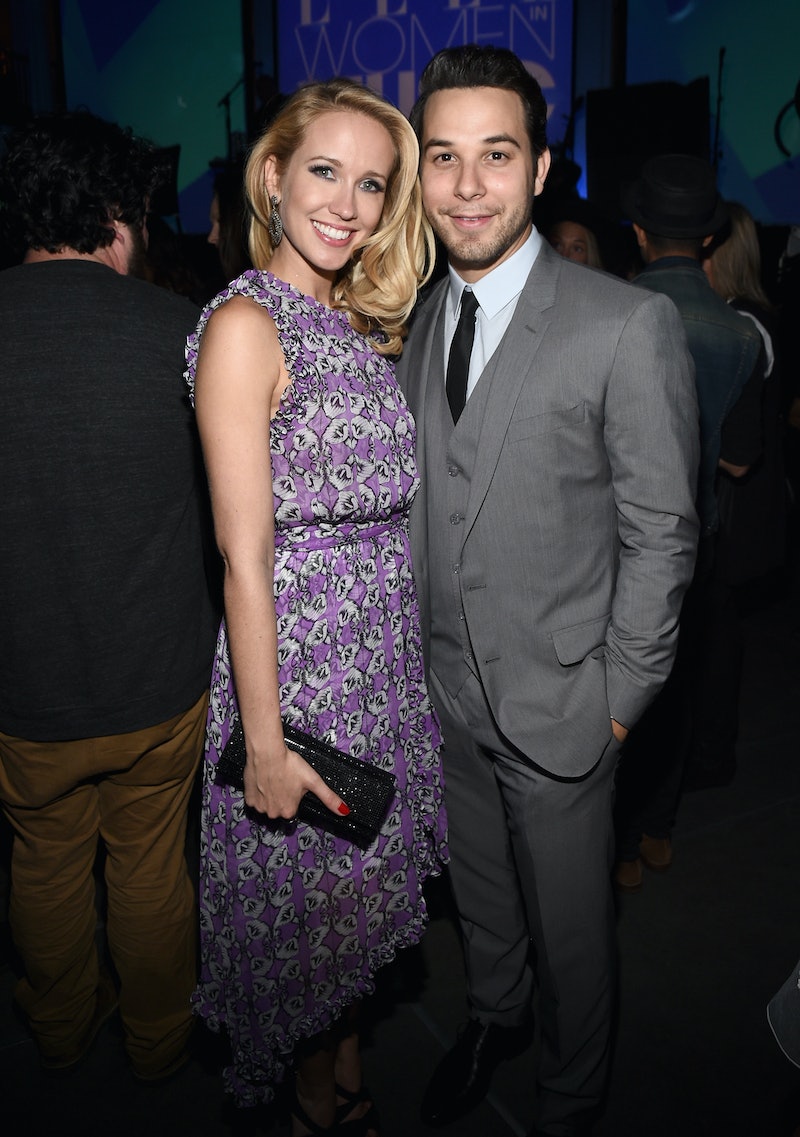 Tale as old as time, song as old as rhyme, two co-stars meet and fall in love and post a plethora of pictures on social media together. That’s how the Beauty and the Beast song goes, right? It’s been a while since I’ve watched, so I’m a little hazy on the exact lyrics. But, regardless of my accuracy, the sentiment still rings true. So very many famous co-stars — and let’s be honest, normal co-workers — have fallen in love while making that moola together. Who knows if it’s the close proximity that brings people together of it’s just mere fate, but Pitch Perfect 2’s Skylar Astin and Anna Camp are two actors who prove that loving your co-star can be a wonderfully fulfilling thing.

In fact, Astin and Camp’s relationship puts most others I’ve seen to shame. And, in my considerable time on Earth, I’d like to think I’ve seen a lot of them. When the famous couple is not vacationing, press touring, snuggling, or chilling with their dog together, they’re dreaming up tons of other ways to show their love and make the rest of the world exceedingly jealous. And ya know what, guys? It’s totally working. Here are 21 different Instagram instances that prove that Astin and Camp’s love is the absolute best.

1. First things first, when they posted the most sentimental Valentine's Day pic ever

He put HEARTS around them, OK?!

2. When Camp's dad took this picturesque shot of them

3. When they super cute snuggle sesh birthday shout out happened

The best kind of pic, tbh.

4. When the backs of their heads were even cute

5. When they got affectionate while filming

6. When Camp was apparently totally cool with this

Whatever floats your boat.

7. When they used this adorbs prom-like pose

8. When Astin wished Camp a "Happy Mother's Day" from their puggle

Rocky, you're too kind.

9. When they got their nails done together

Progressive couple for the WIN.

10. When they captured this honeymoon-esque moment

Are they trying to get featured on a vacation brochure? Cause it's working.

11. When they loved each other, in all their forms

You do you... or your alter egos, or whatever.

12. When they took this obligatory New Year's selfie

I'm gunna roll the dice and guess that some alcohol was involved in the making of this photo.

14. When they voiced their mutual disappointment

Not as low of a blow when you're together though, right?

15. When they double dated with Astin's fam

You're ruining all other men for us, Skylar.

17. When they got adventurous

Singing is not the only skill they possess.

Take us there, will ya?

20. When they killed the selfie game

21. When they proved that, most importantly, they have tons of fun together

Keep on keepin' on, you crazy kids.