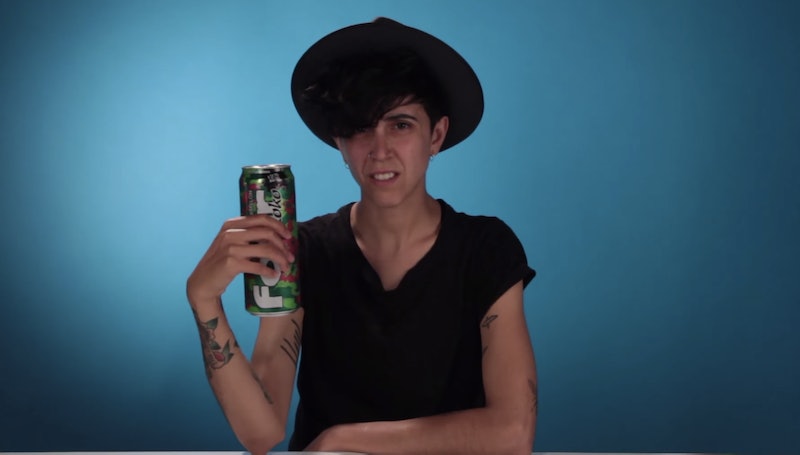 We drink some pretty gross stuff here in the good ol' US of A. We're overly enthusiastic about Fireball, even though Finland banned Fireball for having too much antifreeze in it. We had a general Four Loko craze, because obviously mixing high amounts of caffeine with extremely potent alcohol is an amazing idea (not). And while we're all generally more excited about Clydesdales than actual Budweiser, it's hard to turn down watered-down beer that's so cheap. Sue us, okay? We're economical. The Aussies might disagree. BuzzFeed made Australians try American alcohol for the first time, and the only person not judging us was the one that got pretty drunk off Blue Moon. (And, like, not to out myself as the most basic person ever, but, like, Blue Moon in the summer is pretty good.)

In the video, they try Four Loko, which someone actually tried to mix with Red Bull to re-create the original. They moved on to Bud Light Lime (which they like because it doesn't taste like beer), Bud Light (described as "watery as f***"), and Blue Moon (which they find "normal"). Their experience went sour when they tried Natty Light, Mike's Hard Lemonade and Moonshine. (Why would that ever be the last thing you drank??)

Watch the video and make a few educated guesses as to who threw up afterward:

Personally, I really like the girl who openly admits to being drunk at the end of this video. She EMBRACED her purpose, and I respect that.

If you're really not getting anything done at work today, here are Aussies trying American snacks:

It goes marginally better. Important pull quotes: "You guys make chips as big as your heads." Also, bless the Australians for thinking that Doritos are solely eaten by "cool American cowboys."

I don't understand people that aren't supportive of Pop Rocks.