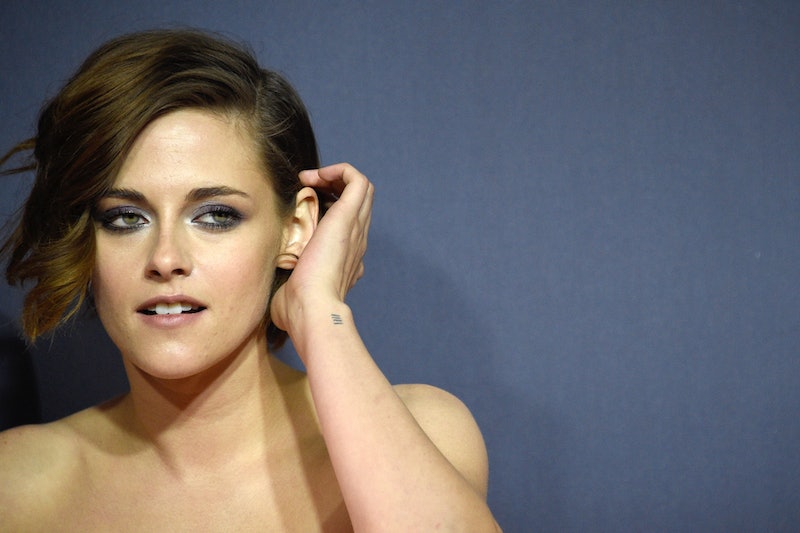 If you haven't noticed by now, Kristen Stewart is a pretty stellar actress. I think it's pretty safe to say that she's moved well beyond Twilight to become one of the most diverse ladies in Hollywood, effortlessly jumping between action, comedy, and heartbreaking drama. If you don't believe me, just consider the fact that just a few months ago, Stewart became the first American actress in history to pick up the César award — the French equivalent of the Oscar — for her performance in Clouds of Sils Maria. But it's time her acting chops started getting the credit they deserve back in the US, as well. Plainly put, Kristen Stewart totally deserves an Oscar.

If you're not yet convinced, I'm going to assume that you haven't caught up on any of Stewart's back catalog. Whatever your preferred genre, she's got a movie for you, and it'll be a damn good one, at that. She's refreshingly unpretentious when it comes to her craft, and absolutely fearless in choosing roles that are challenging and meaningful, and I think it's probably only a short time before we see her rising up to legend status and picking up that gold trophy on stage.

Here are 7 Kristen Stewart movies that show off her amazing range and prove she's the real deal.

A famous actress past her prime, played by the always divine Juliette Binoche, comes face-to-face with her younger replacement, and both are forced to confront some uncomfortable truths about themselves. Stewart's work in this movie was good enough for the Césars, so it should be good enough for the Academy.

It takes some real guts to take on a biopic, especially when it means you're playing a legendary rocker like Joan Jett, but Stewart went there, and she did a fantastic job of it. Dakota Fanning played her sidekick Cherie Currie and she was good, too, but Stewart stole the show in this under-appreciated gem.

Stewart was a no-brainer for the movie version of this infamous Jack Kerouac novel, which admittedly is a bit navel gaze-y but still thought provoking and really great to watch. Her role as the free spirit Marylou is really great to watch, and I'm glad she was part of this project.

Welcome To The Rileys is a no brainer because it's got a stellar cast all-around, from Melissa Leo and James Gandolfini to Stewart and Ally Sheedy. It's a difficult movie to watch, and Stewart's role as a 16-year-old wayward stripper is emotional, but shows off the incredible depth she's capable of and is well worth seeing.

Another serious drama, Camp X-Ray sees Stewart as a soldier at Guantanamo Bay who becomes friends with a prisoner at the camp who's been there for eight years. What follows is intense and evokes several different emotions, but I won't spoil too much for you, because this one is a movie you need to see with your own eyes.

This is perhaps my favorite Kristen Stewart movie of all, partly because it also stars Julianne Moore (and together the pair of them are incredible), but because the story is so profound and sad while still being hopeful, and she does an incredible job at conveying such a complicated issue that you'll be left in awe.