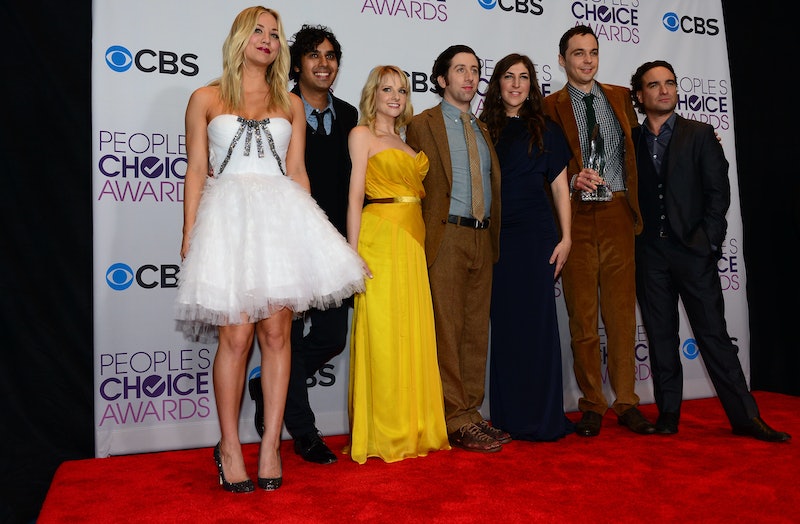 Whoever said too much television is bad for you didn't pay much attention to what's on TV. Thursday, CBS announced that The Big Bang Theory creator, Chuck Lorre, plans on doing even more for the scientific community that has inspired it. The Big Bang theory will give out scholarship money according to the LA Times, and that's after what it already does for the academic community, what with its hyper-intelligent characters and science-y plot lines. Thanks to the folks behind the show, multiple scholarships will go to students at UCLA who study science, technology, engineering, and mathematics.

Estimated currently at four million dollars, the endowment will go immediately to twenty deserving and low-income students this year and will add five additional students every year in perpetuity. The scholarship is funded largely by Lorre himself according to the report, but is also being supported with gifts from fifty others, many of them cast and crew members from the show — Johnny Galecki, Jim Parsons, Kaley Cuoco-Sweeting, Simon Helberg, Kunal Nayyar, Mayim Bialik and Melissa Rauch.

The show is set in Pasadena, CA and revolves around the lives of graduate students and professors at Caltech. Still, to take the inspiration for this fictional show and make it reality for the lives of so many deserving students is ground-breaking in the entertainment industry.

"We have all been given a gift with The Big Bang Theory, a show that's not only based in the scientific community, but also enthusiastically supported by that same community. This is our opportunity to give back," Lorre said in a statement. "In that spirit, our Big Bang family has made a meaningful contribution, and together we’ll share in the support of these future scholars, scientists and leaders."

And what a show of support it is. The scholarship endowment is the first to be created by the cast and crew of a television series and is an example of all the good that the entertainment industry continues to do, both by creating better representations of characters and their lives on screen and by giving back to the communities and viewers that support them the most.