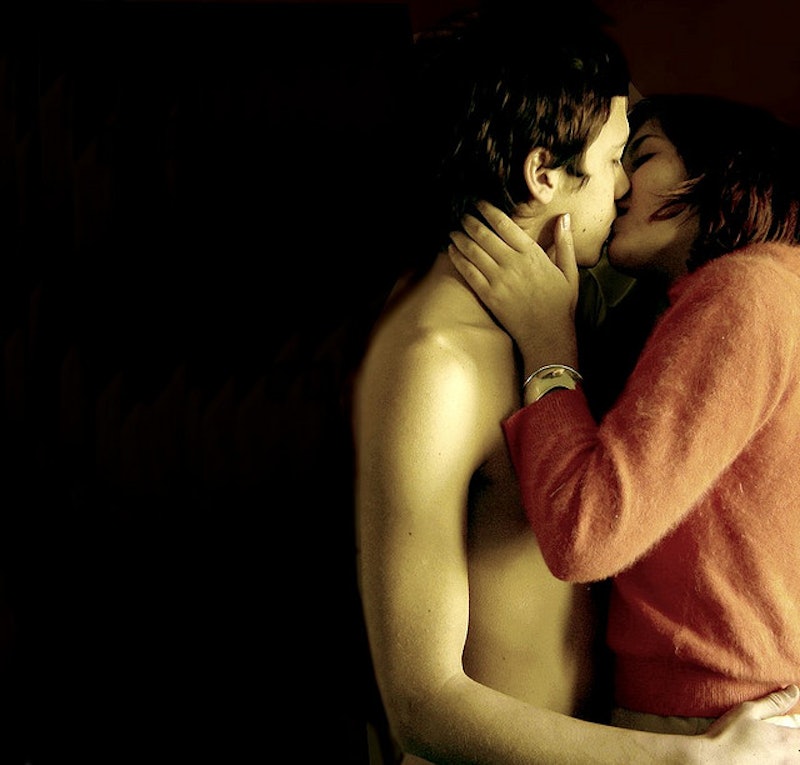 A recent British survey conducted by YouGov UK for The Sun newspaper found that one in five British adults admit to having an affair, while a third of adults admitted to thinking about having an affair. Furthermore, there's a difference between who men and women have affairs with. Most men admitted to cheating with co-workers, while women were more likely to cheat with a close friend.

According to Focus on the Family, an organization designed to help “families thrive,” men usually cheat with women that they know, and many of those women tend to be from work. In fact, more than 60 percent of affairs begin at work.

“The new infidelity is between people who unwittingly form deep, passionate connections before realizing that they’ve crossed the line from platonic friendship into romantic love. Eighty-two percent of the 210 unfaithful partners I’ve treated have had an affair with someone who was, at first, ‘just a friend.’ Today’s workplace has become the new danger zone of romantic attraction and opportunity.”

All in all, the survey results do make sense if you happen to go by super old-school thinking that men go off to work while women stay home and keep house, blah blah blah. Men would be more likely to develop relationships with people they work with just because they spend so much time with those people each and every day. On the flip side, women would choose to cheat with a close friend because many women who stray from their marriages tend to look for that connection they’ve been missing with their partner. But this isn't Mad Men.

The study also had some interesting reveals regarding cheating habits, such as the motivations behind it. Both men and women cited “feeling flattered by the attention,” as the number one reason for having an affair. However, women also cited feeling emotionally deprived in their relationships, while men felt unsatisfied with their sex lives at home.

Is there any truth to the old saying, “Once a cheater, always a cheater?” According to the study, yes. As a matter of fact, out of those surveyed, only half of the participants have stopped at one affair. Twenty-five percent had two affairs, 20 percent engaged in three or more affairs, while eight percent admitted to having five or more affairs. In not-so surprising news, men were more likely than women to have multiple affairs, as well as admit to thinking about having an affair.

But when it comes to the very basic question of, “Have you ever had an affair?” the numbers were about even, with 20 percent of men and 19 percent of women reporting, “Yes.”