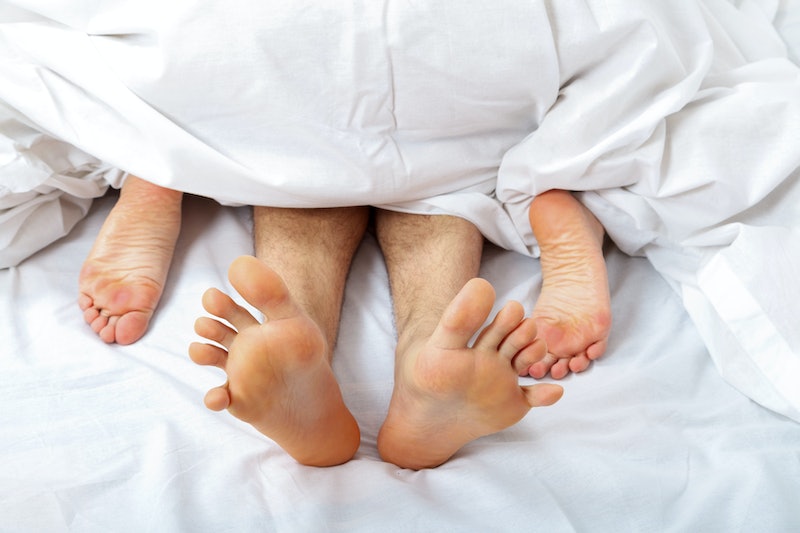 What drives women to cheat? Well, the dating website VictoriaMilan, which is devoted to connecting people already in other relationships, asked this very question. They surveyed 4,000 female users on their site, and 68 percent replied that they cheated because they were unhappy with their sex lives at home. Sounds reasonable, so far, right? But then the survey goes on to list the top five mistakes women said their spouses or significant others mad e. The results:

1. Not being a gentleman. 2. Being narcissistic. 3. Talking dirty — when it's unwelcome. 4. Not being creative or spontaneous. 5. Skipping foreplay.

The problem starts when this survey and others like it frame cheating as an activity men and women engage in for radically different reasons. At the end of the day, if a person is so interested in having an affair that they'll create a username and password, there's obviously something deeper going on than some ill-advised dirty talk.

What, there aren't men out there who would be frustrated if their partner wasn't interested in changing it up every now and then? Or who wouldn't feel appreciated if they were with someone who checked their smartphone immediately after sex? Because really these are human things to be upset about, not female things. And presenting it differently (I can't find any evidence they did a similar poll with male users), is frustrating whether it comes in the form of popular opinion or an online survey.

Considering how distorted societal views of female sex drive and female promiscuity have grown over the centuries, it's about time we take a less sensationalist, more commonsense approach to the whole issue, and reframe cheating as something people do, not that men and women do unrelatedly.