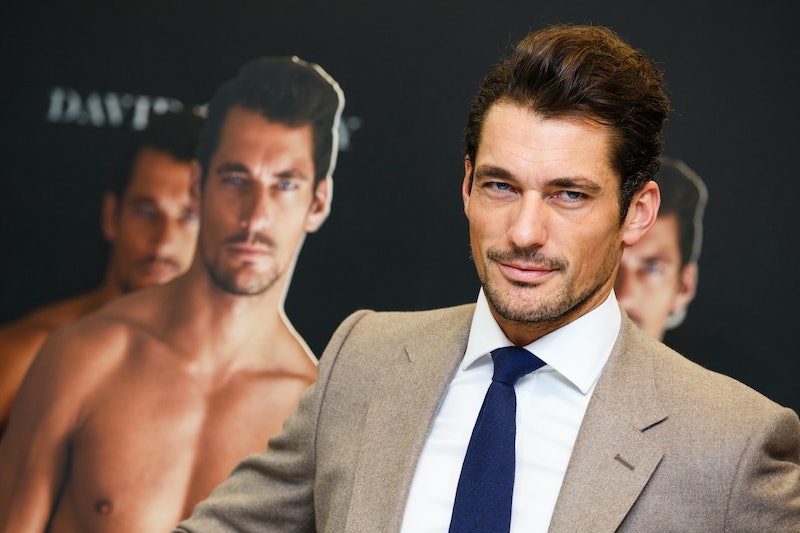 Looks like the modeling world will soon lose its male version of Heidi Klum. During an appearance on the Channel 4 talk show Chatty Man, David Gandy announced his retirement from modeling in order to focus on other projects. The 35-year-old told host Alan Carr that his days posing in front of the camera are over so that he can continue designing his own underwear line for British retailer Marks & Spencer.

"I will slowly fade from modeling my own stuff," he said. "I'll be bringing in young British models to give them a chance like I had." Gandy is best known for his print work, including ads for Dolce & Gabbana and Gant, and modeling for photographers like Mario Testino for magazine covers and editorials. He launched his underwear collection last year for M&S and has since expanded his brand to include swimwear. Aside from designing, Gandy says that he's also taking on more acting projects and pursuing other business ventures.

Gandy's retirement leaves the door open for the next male supermodel to take his place, especially with guys like Taylor Swift's "Blank Space" co-star Sean O'Pry and Math teacher Pietro Boselli already making waves in the fashion industry. So, does Gandy have any words of wisdom for young models? He says that while he struggles with certain physical features, he doesn't believe in digitally altering his flaws.

"It's a big nose, but I don't photoshop anything," Gandy said. "Things get photoshopped too much. I say, keep everything in. A man should be a man."