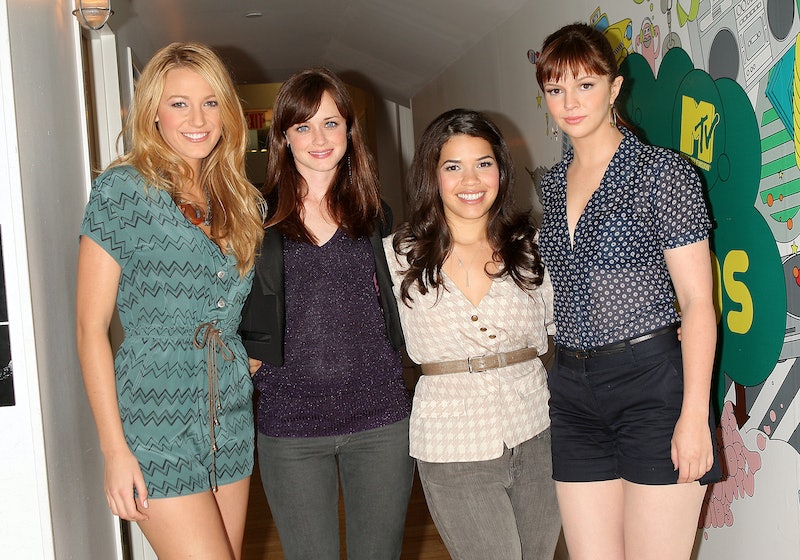 So who do you think is our #1 sisterhood boyfriend? Maybe I picked Kostos, or maybe Eric, the hot soccer coach. We all have our preferences, but I will say that after I watched the movies again my perspective changed and I switched a few of them around, especially because when I was 15 I definitely didn’t understand what a good boyfriend was, not that I know now either, but I’d like to think I’m a bit wiser than I was when this movie came out 10 years ago.

This is the officially ranking of the boyfriends that Carmen, Lena, Bridget and Tibby dated in the movies and if you don’t like it, well, you’re wrong.

I’m glad that Carmen finally got some action — and with a cute British boy too — but he doesn't really do much for me in the end. Do they date? Break up? I’ve been waiting like seven years for an answer on that, but we can assume they broke up. He did make her stop being annoyingly self-conscious and was a nice guy, but that’s really all we got.

In the second movie, Brian shows up looking oh so attractive, but after Tibby dumps him he goes out with Lena’s little sister. Are there no other people in the town that you have to go for your ex-girlfriend’s best friend’s little sister? Awkward. At the end he redeems himself though because we all knew that he was in love with Tibby the whole time, and he was there when Bailey died in the first one, which was kind of adorable.

Hello Jesse Williams and his perfectly sculpted body! To be honest, even after watching the movie, him and Lena don’t actually break up, they just kind of fade out. We know he is a great painter who cooks delicious looking food and plans sexy dates on roof tops. And just because he doesn’t believe there’s one perfect person for you doesn’t mean anything bad. He’s still an awesome dude.

After re-watching the movie, I realized how illegal the romantic situation between Eric and Bridget is because Bridget is 17 — and he's in college at Columbia. That aside, Eric is very attractive, and in his defense he did try to back off and stop her advances, but Bridget was determined to break the rules. The whole situation is a little shady, but his apology at the end of the first film has us rooting for this relationship.

I’ve had this debate with many of my friends, because growing up my heart was with Eric, but after my Pants-athon the clear winner here is Kostos. He is the whole package. He’s smart and sweet and when he took his shirt off in the first film I almost died. Kostos is basically everything I want in a man and then some. He also gets Lena to open up and be honest about her feelings, so bonus points for that.