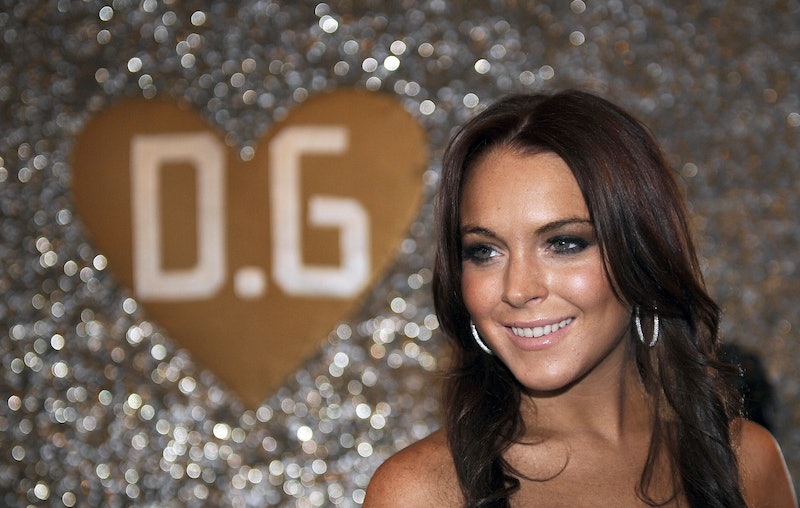 One of the worst parts of growing up is living in a world where Lindsay Lohan isn't cool anymore. Back in LiLo's heyday, she was my idol (well... idol might be a strong word but I did love her in Mean Girls?) But then the fame got to be too much for her to handle, poor thing, and now we don't get much non-criminal related news about her. To celebrate the LiLo we once knew and loved, I've decided to look back at some of the best moments from Lindsay Lohan's "Rumors" music video (because there are many, many wonderful moments to be had).

I have vivid memories of watching this music video with my best friend as a middle schooler and thinking it was hilarious to imitate her crazy (albeit suggestive) dancing in the elevator (and I would highly recommend you all do the same this time around when you watch it).

That being said, Lindsay was probably not the greatest role model for me and it's interesting to see how this music video already shows signs of her imminent demise. The content of the song deals with her inability to cope with the stress of fame and, boy, did that get even worse as time wore on. We miss you, Lindsay/ :/ You are missed but never forgotten and, to prove that, we are paying homage to you by looking at all the greatest moments from your "Rumors" video.

If only LiLo knew this was just the beginning...

All of the Lights

The cameras love her.

Everybody Wants a Glimpse of LiLo

It's the ornamental bird cage! Large!

Because it wouldn't be an early '00s music video if we didn't have the group choreography (and the pleated denim mini skirt).

Some Sunglasses At Night

It's all just too much for her to take.

... And Deletes the Evidence

This way there won't be anymore #rumors

For more awesome LiLo moments, check out the full video below.