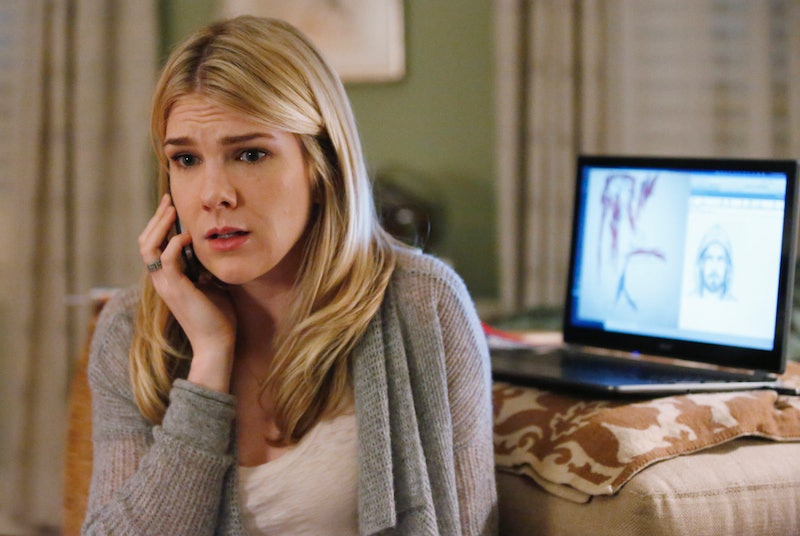 ABC's newest summer series follows a team of investigators poking around in the affairs of suburban communities for the sake of perhaps victimized children. It's a theme we've seen explored on television before, so that familiarity might make you wonder, is The Whispers based on a true story? Thanks to the more supernatural elements of the show, you're probably not surprised to hear that The Whispers' only origin is another work of fiction, Ray Bradbury's short story Zero Hour. A Twilight Zone-type story, Zero Hour is about a game called "Invasion" that all children under the age of 10 mysteriously start playing at the same time.

In the story, it's revealed that the game is being played all across town; in the show, it's all across the nation. Along with the game comes an imaginary friend: "Drill." The end of the story takes things from mysterious and oblique to very literal, but it's only a few pages long. But for television, The Whispers will need to add new elements — perhaps even ones lifted from real life — in order to push the story forward.

Just like Zero Hour did, The Whispers captures the power that children's stories tend to have over adults and their fears. From underestimating what trouble children can get into on their own to assuming that any idea can corrupt their innocence, adults and children have a relationship where the balance of power can shift rapidly. Children with the sinister power of imaginary friends that can enter the physical realm? That's more dangerous than almost anything, and therefore needs Lily Rabe's character, a FBI child specialist investigating the affected children in Washington DC.

The ABC series has also added a subplot that seems designed to float possible reasons behind this behavior. Of course, the FBI connection implies that the U.S. Government might bear some responsibility — could "Drill" be the work of Area 51? Or, to update to something a little more modern, could a whistleblower point to the government for monitoring children with microchips? The show seems to be heading towards something big, but so early into its run, that destination is still vague.

Wes Lawrence, the supporting lead opposite Rabe, is playing a character working in the Defense Department, which may also be involved in this conspiracy. "With close ties to the President and the various corridors of power, Defense Department operative Wes must navigate the murky, dirty battlefield of politics in order to fight back against the Enemy." That sounds serious, and a whole lot like a government coverup.

But people get paranoid where their kids are involved, and even though it includes some outlandish elements, the work of Bradbury often uses them to point at the truth. He writes science fiction, but his writing, particularly about childhood and children, is dead-on thematically. And he gets just how sinister things can be when children begin exhibiting behavior that their parents didn't teach them. The "Satanic Panic" of the 1980s saw a lot of innocent adults accused of abusing children because of coached and false memories imposed on the children by their parents and authority figures paranoid about counterculture.

In fact, one of the biggest elements that The Whispers is lifting from real life is just how scary any invisible, undetectable force affecting American children would be.