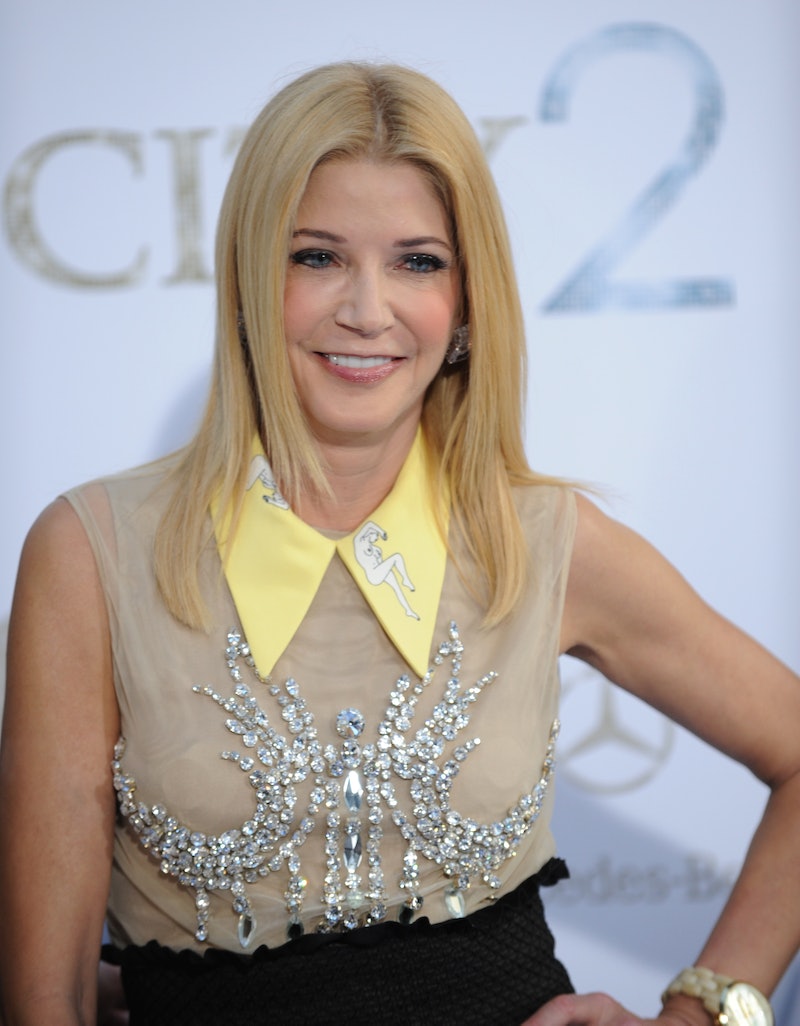 For many readers, the summer season is less about hard literary fiction and more about "beach reads," the label for the juicy, addicting novels and memoirs best suited to be consumed while laying on a hammock with a drink in hand. All too often, these works get dismissed as silly, brainless pieces of "chick lit," not meant to be taken seriously — but at a BookCon 2015 panel on May 31, authors like Candace Bushnell and Elin Hilderbrand discussed why ignoring chick lit is more than just writing off a few books.

Along with Emily Holleman (author of the upcoming Cleopatra's Shadows) and moderator Lily Koppel (The Astronaut Wives Club), Bushnell and Hilderbrand spoke passionately about why dismissing books as "chick lit" is wrong and reductive, explaining the effort, pain, and inspiration it takes for them to write their bestselling novels. If you weren't already convinced that beach reads are just as important as the literary fiction released all year long, their panel should've done the trick; read on for nine more reasons, as explained by the authors, that "chick lit" and its authors deserve to be taken seriously:

Several times, Bushnell, the author of Sex and the City and the upcoming Killing Monica, passionately defended her genre. "It's art," she said matter-of-factly, citing the creativity she needs to come up with her stories. Writing fiction, she said, is about the "creation of an alternative universe" — meaning that her books require major bursts of imagination and storytelling.

The Authors Can Be Hugely Successful

Hilderbrand, the author of 15 books including this summer's The Rumor, is a constant bestseller; Koppel's book is turning into a TV show; when discussing Bushnell, the moderator joked that the writer “singlehandedly did more to change the landscape of New York than the whole Bloomberg administration." They may be called "chick lit" authors, but that type of success transcends any label.

So Much Effort Goes Into The Books

First, there's the research — for her book, Holleman traveled to Egypt and diligently read the works of writers like Socrates and Homer. And then there's the months or years spent writing; Bushnell and Hiderbrand both spoke about the strict schedules ("if you’re not disciplined, you can just forget it," said the latter) they need to get work done. And then there's the possibility that the books won't even get published; Bushnell described the experience ("like a death") of having finished novels turned down by editors. Writing a novel, even a "beach read," is no easy feat.

Seriously, So Much Effort

Being a writer is “psychologically such a precarious place,” Bushnell said, adding that "if you want to be a writer, be prepared to sit it out for a long time."

And It's Not All Rewarding

The authors discussed the hardship of not getting paid until a book has been sold, meaning that several years of a writer's life could be spent hoping to get paid eventually, if their book even gets approval by a publisher.

The Books Can Have Major Substance

Holleman's book, Cleopatra's Shadows, is about the life of the pharaoh's younger sister. It deals with family relationships, Egyptian society, feminism in ancient cultures, and much more, requiring research and knowledge as intense as any "literary" author's. Speaking of which...

Think chick lit is only about parties and boyfriends? Not quite, as the authors were happy to explain. Holleman talked about taking on a feminist perspective of Cleopatra's story, rather than focus on her love interests, and her book discusses gender roles and sisterly relationships. Discussing her own works, Bushnell said that she tries to draw readers in with things like fashion and parties in order to get them to her real subject matter, feminism, saying that “for me, the reason to be a writer has always been to change women’s perceptions."

They Represent Women of All Ages

In chick lit novels, women of every generation get the chance to shine; Holleman's story, for instance, focuses on an 8-year-old girl, while Hilderbrand's talks about middle-aged women. It's important for all ages to be represented in literature, and beach reads work to accomplish this.

It's Really Not About a Label, Anyway

As Bushnell summed it up: “labels on books are kind of ridiculous.” It’s not about what your writing is called, whether it's a beach read or literary fiction, but the execution: "did you deliver what you set out to do?"