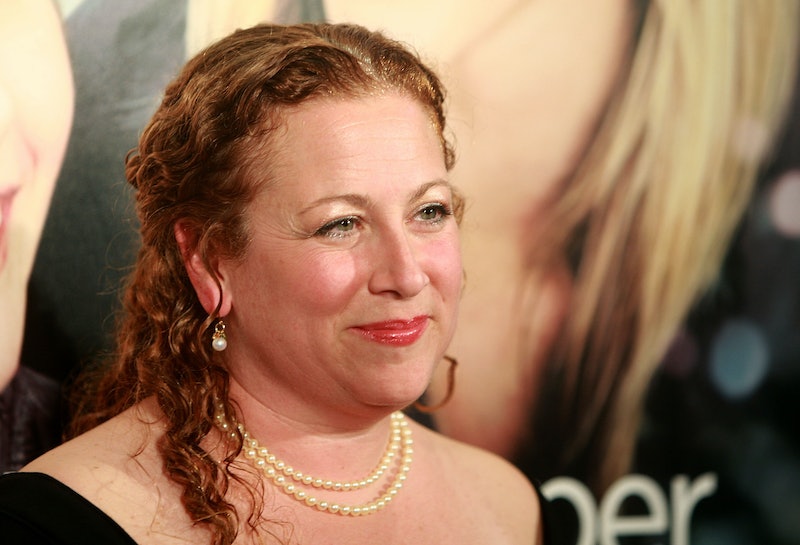 I don't have to be the one to tell you that novels that get slapped with the labels "chick lit" or "women's fiction" carry with them a pretty bad reputation. These books are looked upon by literary readers as the book choices of bored housewives and basic bitches, and writers and readers of women's fiction can't seem to get a break from judgement. Critics cry These books don't deal with real issues. These books are fluffy. Regardless of what's inside the pages — even if they're, yes, women's issues that women face daily — these books are cast aside with the derogatory label.

Unfortunately, the books considered women's fiction are most things written by or about women these days. In a recent interview with The Telegraph, best-selling author Jodi Picoult once again raised the issue saying, “I write women’s fiction. And women’s fiction doesn’t mean that’s your audience. Unfortunately, it means you have lady parts.” Yes, Picoult writes about women and families, but her books also cover gay rights, gun control, and domestic abuse. Because Picoult is a woman, and her protagonists are female, however, no matter the subject matter, her inevitably pastel-covered books are tossed on the fluff pile.

"The term 'chick lit' increasingly makes me feel like I'm being compared to a marshmallow peep just for reading books by and about women," writes NPR pop-culture writer Linda Holmes.

Here's what I say: If the term isn't going away, then we owe it to ourselves to redefine it. If "chick lit" is all about women, then let's start a chick lit fan club. Here are 7 reasons to join:

Women make up half the population, yet for some reason, women's interests and issues are always put on the backburner. Or worse yet, chalked up to PMS. We need chick lit because writers like Jodi Picoult, Anna Quindlen, Sue Miller, and Elizabeth Berg tell the stories that women live everyday. And they are not small, silly, or inconsequential, and neither is the work these women produce. In a recent ArtsATL interview about her newest novel, Still Life With Breadcrumbs , Quindlen addressed the problem of classifying female authors’ novels as women’s fiction or chick lit head on:

Men, money, and marriage are frivolous, right? Unless, like me, a reader refuses to deem the work of Jane Austen, George Eliot or Edith Wharton as frivolous. Alice McDermott, Alice Munro — yep, I’ll take them. Women readers comprise the majority of hardcover fiction buyers. Critical reception may be deeply sexist, but sales are not.

2. Because Women Need to Support Other Women

Right? We support our fellow women as mothers, sisters, daughters, friends, co-workers, and creators. We need to be each others' biggest cheerleaders, and stand up for ourselves. I'm not asking you to read every book Jennifer Weiner has ever written, but please, do respect her for continually raising the problem of literary sexism. Make a stand with her, Picoult, and other women writers by supporting chick lit and women's fiction.

Anna Quindlen, the aforementioned literary powerhouse, is a (Pulitzer Prize-winning) journalist, essayist, novelist, and columnist. I still remember how riveted I was while reading Black and Blue , her searing novel about domestic violence. (By the way, if domestic violence is still considered a "woman's issue," things are worse than I thought.) Or what about Alice Hoffman, author of gorgeous, haunting novels likeThe River King, and The Museum of Extraordinary Things? These "women's fiction" authors, like Picoult, write about relationships, yes, but also murder, bigotry, violence, eugenics, end-of-life decisions, love, death... basically the same things everyone writes about. But they're just writing women's fiction for us chicks, don't you know.

Meg Wolitzer, in her essay about literary sexism for the New York Times Sunday Book Review writes, "Many first-rate books by women and about women’s lives never find a way to escape 'Women’s Fiction'." We are not putting up with that.

4. Because It's a Way to Fight Literary Sexism

Let's get real, shall we? The Marriage Plot , by Jeffrey Eugenides, is about relationships, specifically a woman choosing between two men. The Corrections , by Jonathan Franzen, is about a family. Both books were critically acclaimed, both books were written by men, and both books were about "domestic issues." What gives? I liked both books, but I wouldn't say either one is better written than several books on similar topics I've read by women writers.

"I don't know what's more bothersome," writes Jezebel contributor Madeleine Davis. "The idea that anything written by women for women is immediately considered valueless or that stupid stories by men are automatically held up as examples of fine art." By disregarding the chick lit or women's fiction labels and supporting women authors, we help raise awareness about literary sexism.

5. Because Women Writers Know What It's Like to Be a Woman

I love male writers, and I appreciate their attempts to write from a woman's point of view. But a woman writing as a woman just... well, let's go right to the source, no? The whole idea that women writing about women's issues are somehow less qualified than men is just stupid.

6. Because Women Writers Are Funny and Smart

Chick lit is often called silly, and I daresay some of it is. Just like I think some "literary" fiction is terrilbe and I won't waste my time reading it. I do feel that funny women writers are often viewed as silly instead of humorous, and generally aren't perceived as particularly smart.

But Zadie Smith? She's a wicked smart and super funny writer who's often lumped into women's fiction. Same with Nora Ephron and Jennifer Weiner, who had this to say about funny women writers, "There are plenty of women-written, women-centered books that have funny/sharp or funny/zippy dialogue, or funny set pieces in novels dealing with serious topics."

You get the picture. Brains and belly laughs? Bring on the chick lit.

7. Because the Stereotype is Just Plain Wrong

So, what have we learned? That any book written by, about, and for women is generally labeled as "chick lit" and/or "women's fiction."

"It’s almost impossible to describe what chick lit is, and I’m sure the answer would vary depending on who you ask," says "chick lit" writer Anna Bell in a post on Book Riot. "It can be light and fluffy romance novels; laugh-out-loud comedies that have you sniggering on the morning commute; or gritty tales of heartbreak and loss."

If you read women writers, you read chick lit or women's fiction. And because women matter, we should be reading books about them and books by them, regardless of the ridiculous label.