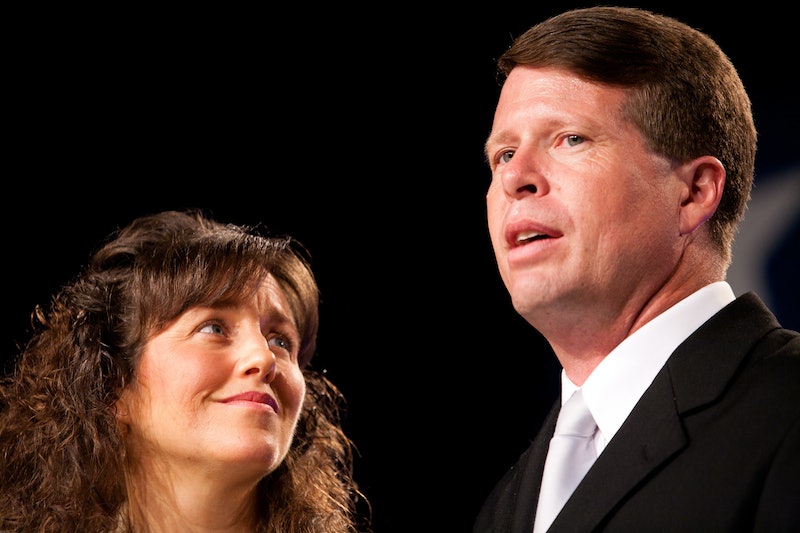 The Duggars have been under some serious heat lately. If you're just tuning in, the eldest son in the Duggar family, Josh Duggar, is allegedly involved in a sexual abuse scandal. These allegations have come as a surprise to fans and the public alike, given the family's well-known religious beliefs surrounding premarital sexual contact. (For example, the children are only permitted to give side hugs as a method of preventing temptation.) Now, the Duggar parents, Michelle and Jim Bob, will to speak out about the allegations for the first time. The two will sit down with Megyn Kelly in a Fox News interview this week to share their side of the story about their son Josh.

All of their children, including Josh, will be excluded from the interview, as it will only be parents Jim Bob and Michelle who will take part in the interview. It will be interesting to see how Fox approaches this very sensitive topic and how the Duggars discuss their son's alleged behavior. Fox News confirmed the interview will air on Wednesday, June 3 at 9 p.m.

Josh Duggar said in a statement to People:

Twelve years ago, as a young teenager, I acted inexcusably for which I am extremely sorry and deeply regret. I hurt others, including my family and close friends. I confessed this to my parents who took several steps to help me address the situation. We spoke with the authorities where I confessed my wrongdoing, and my parents arranged for me and those affected by my actions to receive counseling. I understood that if I continued down this wrong road that I would end up ruining my life.

This is a very sad and difficult situation. Hopefully, it is handled with sensitivity for the sake of all parties involved.