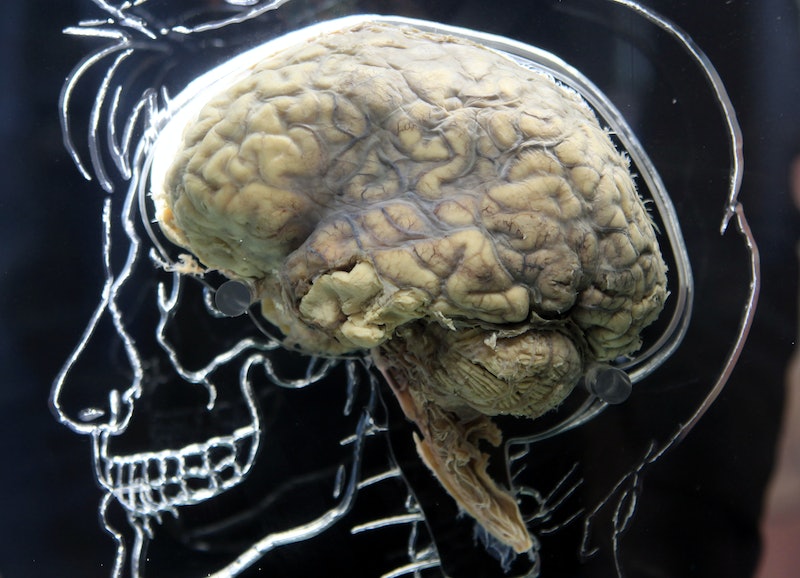 Here's a question you probably never wanted to know the answer to: “What can herpes do to your brain?" asks Gross Science's latest video, and apparently, the answer is along the lines of "way too much for you to be comfortable with." Seriously — as if they weren't bad enough in the first place, after the next five minutes you'll never look at a cold sore the same way again. Wait, do you have one right now? Not to be an alarmist, but OHMYGOD, YOU'RE DOOMED.

Nah, just kidding. As our friend Anna Rothschild cheerfully points out in the video, herpes is a fairly common virus whose different strains cause everything from chicken pox to mono. In fact, scientists have identified eight kinds so far, and chances are you've had at least a few of them in your lifetime. In addition to the aforementioned cold sores, chicken pox, and mono, herpes is behind genital herpes, roseola, and has been linked to certain kinds of cancers, although research is still being done in that area. You probably knew most of that. You may even remember from high school biology that herpes can stay dormant in your body for years in the latent phase. But did you know that some strains do so by hiding in your neurons?

According to the video, this can lead to herpes infecting your brain. While it only happens to around two in a million people, the results can be unpleasant, to say the least. If you manage to survive the cold sore virus infecting your frontal lobe, which is a pretty big "if," it can have some seriously weird effects. The brain damage can cause you to lose the ability to categorize things, from animals to tools to drawings of imaginary creatures (I demand to know the story behind that one, by the way).If you're creeped out... well, what else did you expect from a YouTube channel titled Gross Science? Check out the video below: