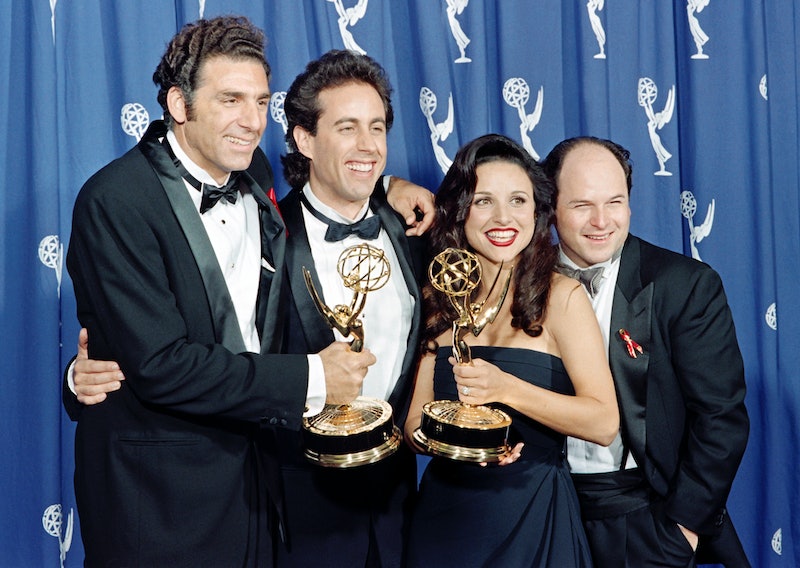 If you're one of those people who treat the legendary Seinfeld series as some sort of modern-day gospel, quoting from it on the regular and judging other people on their level of emotional investment in it, you may obviously have some difficulty finding anything wrong with the show. But, as Complex relays, even Jerry Seinfeld himself even knows that there was still some room for improvement. According to the site, Seinfeld explained at Vulture Festival that he has a major regret about not going through with a claymation episode of the series he had planned. But, it turns out he made that "regretful" decision because he was alerted to the fact that Tim Allen had already exacted that idea on Home Improvement.

Complex quoted him as saying,

"I had an episode all ready to go that we were going to do entirely, secretly, in claymation. I had the studio ready, and the figures ready, and it was all good to go... I canceled it. I realize now that was a huge mistake. We had Kramer taking a pencil and sticking it in his eye ... And so, that was a huge mistake. So yeah, that's what I regret."

That minor hiccup aside, Seinfeld gave us way too many perfect moments to dwell on it. Here are six moments we definitely DON'T regret about Seinfeld:

My dream is to one day personally thank Julia Louis-Dreyfus for my go-to party trick.

Tbh, that ketchup bottle IS notoriously difficult to maneuver.

Still trying to figure out what that even means 17 years later.

6. Jerry's Consistent Deliverance Of His Dry Yet Cutting Sense Of Humor

But mostly, any episode where his attire consisted of highwaisted "mom jeans" and a crisply ironed, sensible, tucked in dress shirt.