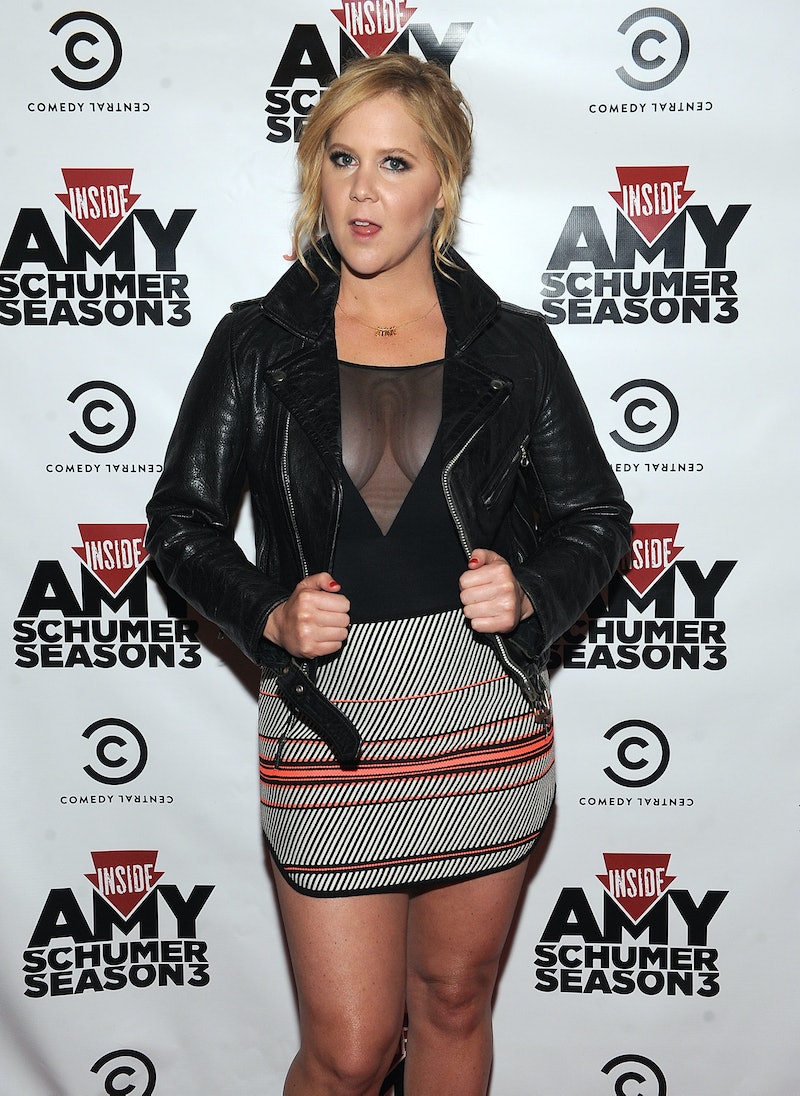 All is right with the world everyone: Amy Schumer has won an award for her incredible series Inside Amy Schumer. At Sunday night's Critics' Choice Television Awards, Schumer took home the trophy for Best Actress in a Comedy Series against TV heavyweights like Julia Louis-Dreyfus and Lisa Kudrow, and it is so insanely deserved. It's not that Veep and The Comeback aren't terrific shows, and it's certainly not that fellow nominees Gina Rodriguez, Ilana Glazer, and Constance Wu aren't also incredible actresses (because they absolutely are), but Schumer does something incredible with almost every episode of her show. She pushes the boundaries of comedy on a weekly basis. And she pushes the boundaries of television in general, which just means she's helping to make the entire medium better for all of us.

If you have yet to see Inside Amy Schumer, you have to check it out right now. Seriously, stop wasting time reading this article and go watch the series on Hulu! It's shocking, hilarious, and perfect in every way. What would make this win even better is if Schumer could have been at the Critics' Choice Awards to celebrate her win in person. Unfortunately, Josh Holloway and Angie Harmon had to accept the award on her behalf. But never fear, Schumer definitely found out about her win; when the camera cut to fellow Critics' Choice winner TJ Miller from Silicon Valley right before commercial, he pointed his phone at the camera and showed that he was calling Schumer.

I just wish I could've heard that conversation. I'm sure Schumer had the perfect, hilarious reaction to her win, because if she's proven anything with her work on Inside Amy Schumer, it's that she can find the humor in everything.