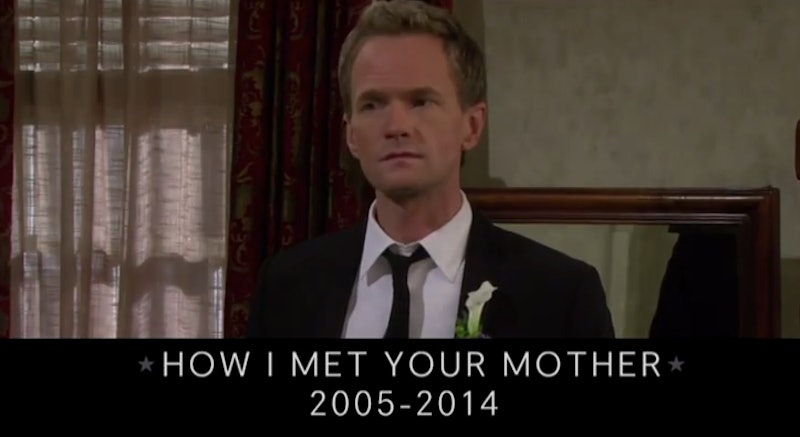 It's been a few minutes since watched the "In Memoriam" segment of the Critics' Choice Television Awards, and I still can't tell if I'm giving them massive side-eye or if I should stand up to start a slow clap. Let me say, first of all, that the segment honors TV shows that ended this year, not members of the entertainment world whom we lost, just so you don't think I'm a terrible callous person who doesn't care about other human beings. But the thing is, it's introduced exactly the same way that a traditional in memoriam section would be, with the sad, soaring music in the background, heartbreaking clips showing the saddest possible moments from the shows in question, and what I'll call birth and death dates, for lack of a better term. The only difference is, instead of mourning industry luminaries, we're mourning television shows like Parenthood, Sons of Anarchy, Mad Men, and True Blood, all of which ended in the past 12 months.

It's a completely hilarious concept... as long as the Critics' Choice Awards is actually in on the joke. I feel like 85 percent certain that they are, and I'm super into bidding farewell to TV shows with a gravitas that their finales don't receive anywhere else, but the other 15 percent of me can't help but be a little weirded out. Because it's odd, right? I don't think it verges all the way into disrespectful, but it's certainly on the bubble where I'm like, "Eek I think I like this, is that OK??" I guess in a lot of ways it makes sense, because it's possible to get even more invested in a show and a cast of characters than you are in the actors who portray them, but it still gives me a funny feeling in the pit of my stomach.

I think at the end of the day, it's a fun, quirky way to say goodbye to beloved shows, but as hilarious as it is, the parody is almost too successful. It makes it hard to tell if the Critics' Choice TV Awards are making fun of in memoriam segments or themselves, which is the source of the slightly slimy feeling, at least for me. Fingers crossed that it's all in fun, but regardless, it's undeniably an odd moment. See for yourself with the full video.