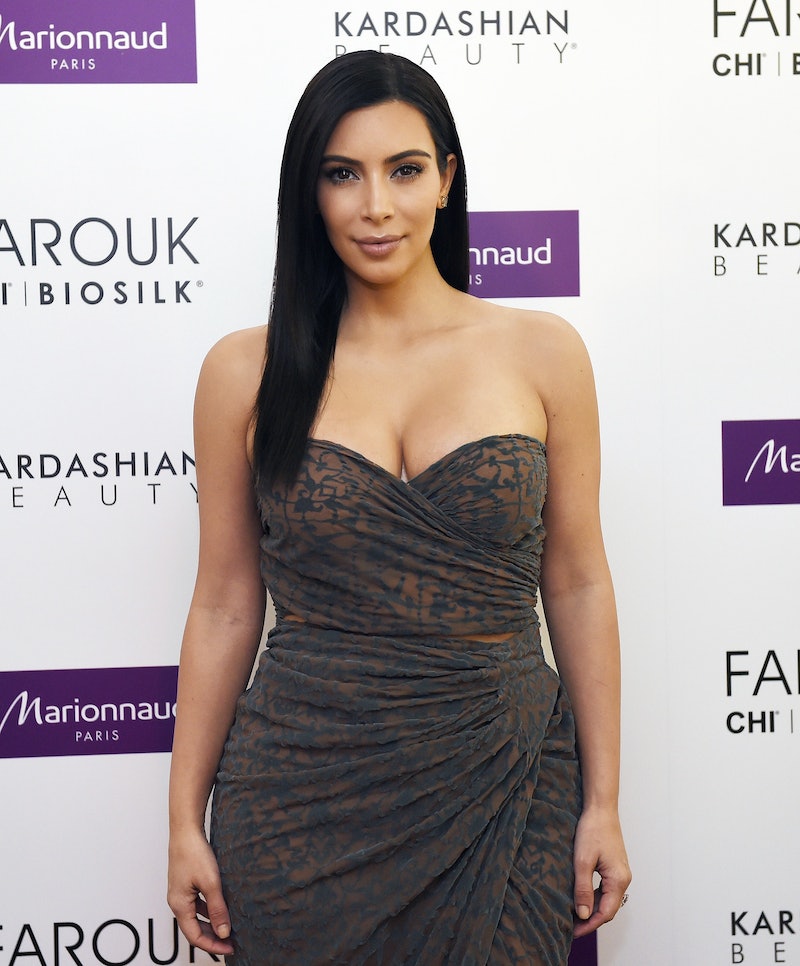 Now that a promo for Keeping Up with the Kardashians has revealed that Kim Kardashian is pregnant with her second child with husband Kanye West, her biggest fans (myself included) may be wondering if they should've known. After all, the clip must have been filmed at least a few weeks ago, to be included in a teaser for the second half of Season 10. Were there signs that we missed? Did we not read into her tweets enough? Honestly, I don't think there's anything else we could have done.

Kim has been very open about her struggles to get conceive again for a while, and much of her storyline on this season of KUWTK has showed her various efforts to get pregnant. And though fans were quite aware of the 34-year-old's desire to have another child, we had no way of knowing when those attempts proved successful, especially since Kim has talked about her struggles very recently. Just a few weeks ago, on April 24, Kim sat down with Matt Lauer on Today and explained her various efforts to conceive. When asked if she would consider using a surrogate or adopting a child, Kim simply said that she wants to continue trying and "still have hope" that she would get pregnant. You can watch the full clip below.

Kim's social media didn't show any signs of pregnancy either. She never posted any cryptic tweets or photos that would imply she was expecting another baby. Plus, since the reality star doesn't usually drink alcohol, we couldn't even look for the absence of booze as a clue.

News reports weren't helpful either, because while there were rumors of Kim being pregnant again flying around May 14, there were also recent claims of just the opposite, as a source told Us Weekly on May 27 that the Wests were exploring the idea of using a surrogate.

So don't beat yourselves up, Kim fans, no matter how hard you tried, there's no way you would've been able to figure out Kim's big news before she was ready to share it with us. Luckily, now that it's out in the open, we all know that Kim won't be able to resist posting about it on Instagram. Plus, we have the return of KUWTK to look forward to, which will show Kim first revealing her pregnancy, and hopefully much more. Don't worry, for as long as we were kept in the dark about this exciting news, I'm sure Kim will more than make up for it in the coming months.