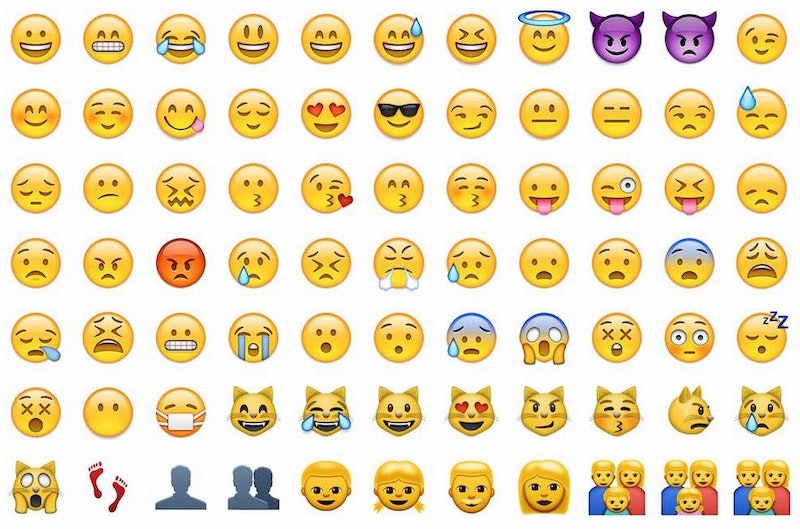 Since March, the iOS app Memoji Keyboard has let over 100,000 users add personal touches to their messages and social media posts by using animated GIFs of their own faces as emoji. Now, while using emoji from your own face is free, users can also buy and sell their memojis to support charities of their choice using the new Memoji Market. The new market lets Memoji Keyboard users sell their personalized emoji in three taps at no cost and keep 50 percent of the proceeds or donate them. Users can advertise their memoji on Facebook, Twitter, and Instagram through the app's sharing feature.

But wait — who would want to use a Memoji of someone else's face? Fans of celebrities, of course. "Public figures and celebrities are using it as a unique, personal way to connect with and grow their fan base while raising money for their favorite charity or cause," Johnny Lin, the app's creator, told Bustle. Lin is donating proceeds from his memoji to National Public Radio. So far, other users of the Memoji Market include actress and entrepreneur Jani Wang, who recently appeared in CSI: Cyber, model and makeup artist Annalee Belle, and actor Adam Murciano from the Disney Channel movie Frenemies.

"As an actress who cares deeply about nonprofits, I loved the opportunity to be featured in the new Memoji store, which lets me raise money for Habitat for Humanity while connecting with my fans in a unique way," Wang, whose memoji are displayed in the screenshot below, told Bustle.

Belle is excited about using the market to buy memoji as well as sell them:

"Cheese and rice, this app is uhhmazing! Like, I'm going to spend all my money buying people's faces for messages. Best. Thing. Ever.”

I've been saying for months that I'll replace my Windows Phone with an iPhone, and this app provides one more reason to head to the Verizon store (though I'm glad I wasn't susceptible to that dreaded effective power text), so here are some ways I look forward to using the Memoji Keyboard. Not all these gestures have designated emoji, but there's no rule stopping you from uploading them, and they'd probably spare us hours of our lives currently spent trying to interpret bafflingly minimalistic cartoon faces.

Rather than puzzling over whether that winky face is a flirtation device or just a cue that the texter is joking, we could send specialized flirtatious GIFs that leave no doubt.

Receiving a text with just two letters — "OK" — or even a cartoon of a hand giving the "OK" signal can look blunt even when you intend it to be friendly, throwing overthinkers like me into an endless rabbit hole of interpretations: "Am I being too demanding? Did I say something stupid? OMG are they mad at me?" A happy "OK" memoji would spare us this overanalysis by letting overthinkers know that the last thing we said was, in fact, A-OK.

Sarcasm is hard to convey in person, let alone within the confines of a yellow circle, so the ability to use an animated version of your own face would clear up a lot of misunderstandings. After all, I think we've all at some point been unsure of whether someone's Facebook comment was a light-hearted joke or biting insult, or, even worse, whether someone's response to our comment was a continuation of our joke or a misreading of our sarcasm.

Because sometimes an emoji with its tongue sticking out just isn't enough.

Which of the above faces gets the point across better? I rest my case.

Since the sentiment of a high five is contained in the motion, a plain old picture just won't cut it.