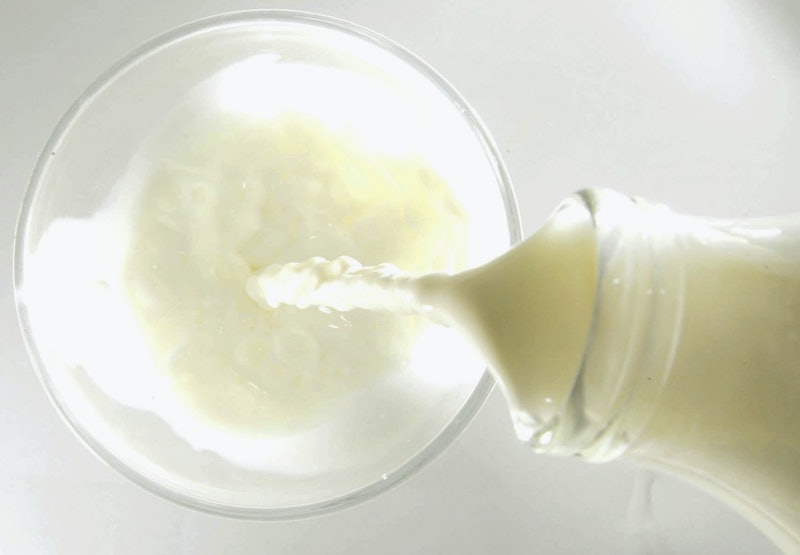 In today’s edition of “Huh. So This Is A Thing”: Cooking...with semen. Yes, you read that right. Semen, as in sperm-carrying human ejaculate, is, apparently, the next great ingredient for the adventurous chef. I’ll give you a moment to process this...OK. Bay-area cookbook author Paul "Fotie" Photenhauer has published two books about recipes that use semen. The first, Natural Harvest: A Collection of Semen-Based Recipes was released in 2008. (I almost wrote “came out in 2008,” but then that seemed too on-the-nose. Evidently, once you start writing about semen-cooking, everything starts sounding dirty.) The description on the back of the book explains,

Semen is not only nutritious, but it also has a wonderful texture and amazing cooking properties. Like fine wine and cheeses, the taste of semen is complex and dynamic. Semen is inexpensive to produce and is commonly available in many, if not most, homes and restaurants. Despite all of these positive qualities, semen remains neglected as a food.

This book hopes to change that.

Once you overcome any initial hesitation, you will be surprised to learn how wonderful semen is in the kitchen. Semen is an exciting ingredient that can give every dish you make an interesting twist. If you are a passionate cook and are not afraid to experiment with new ingredients -- you will love this cook book!

Photenhauer followed up Natural Harvest with Semenology: The Semen Bartender’s Handbook in 2013, because what semen-laced meal would be complete without a semen-y cocktail, right?

In an interview with SF Weekly, Photenhauer explains that he doesn’t put semen in all his food, saying, "For me, it's more of a fun twist to add to food … It adds a definite personal twist to it.” Anna Roth at SF Weekly spoke to an infectious disease specialist about the health implications of cooking with semen; he explained that certain STIs, including HIV and CMV (a form of herpes), could be transmitted through raw semen, and added, “If the food is thoroughly cooked, well-cooked, to destroy any life forms in the semen, like any viruses... that would be my first concern.” Photenhauer suggests that people shouldn’t cook with the ejaculate of just anyone, remarking, "I would never eat or drink semen, cooked or otherwise, from someone I wouldn't be willing to have sex with." So, the more you know, right?

And on that note, here are some of Photenhauer’s recipes, for those of you who are...er, interested:

I’ll admit that these recipes make me shudder instinctively, but my general feeling on this is the same as with most sex stuff: If it’s happening between two consenting adults, then who am I to judge? But—again, as with other sexual situations—consent and knowledge are everything. Photenhauer insists to SF Weekly people should not serve these semen recipes to others without their knowledge, saying, "I'm against [people saying], 'Oh, I put semen in their margarita and they didn't know about it.' That's wrong. That's gross and that's wrong." AGREED.