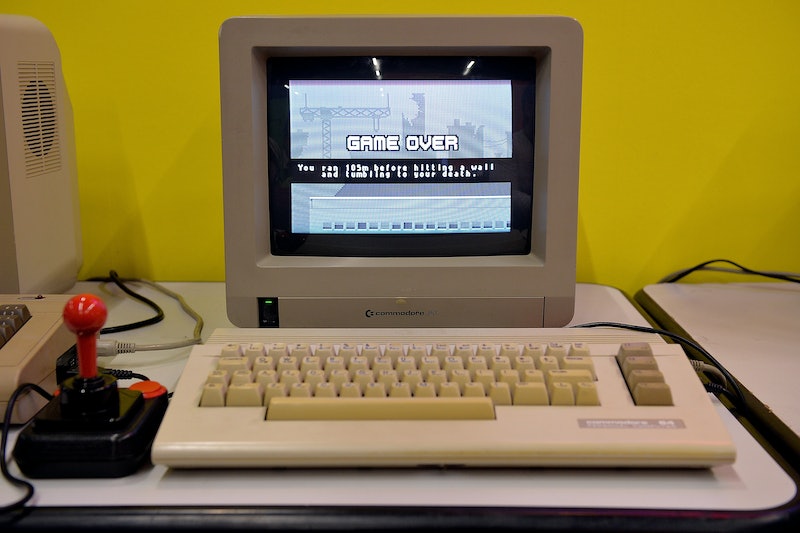 You know that feeling where you just want to go through your closet or garage and get rid of everything, because oh my god, how on earth did you manage to acquire this much stuff? One Bay Area woman was doing just that — cleaning her house — only to have something totally unexpected happen: After she dropped off some boxes of electronics at a tech equipment recycling company called Bay Area Clean, a vintage Apple I computer was discovered inside one of the boxes. The woman didn't leave her name or ask for a tax recipet, which is only an issue because it turns out the Apple I — one of only 200 original desktop computers hand-built by Steve Jobs, Steve Wozniak, and Ron Wayne in 1976 — is worth a mind-blowing $200,000.

Bay Area Clean's policy is to split the profits of any sales 50/50 with their donors, so the mystery woman who dropped off the Apple I stands to make $100,000 if she shows up to claim it. The company's vice president, Victor Gichun, said he remembers the woman who dropped it off, so all she needs to do is show up to their warehouse to claim her check. "To prove who she is," Gichun said, "I just need to look at her."

Stories like this are why I find it impossible to get rid of things. What if my Beanie Vabies do, in fact, turn out to be worth something one day? I'll hold on to my plush toys and keep trawling yard sales in hopes of turning out like the mysterious Apple I woman — or like one of these lucky five individuals, who bought "junk" that turned out to be incredibly valuable.

2. An 1820 Copy of the Declaration of Independence

When a guy paid $2.48 for a copy of the Declaration of Independence at a Nashville thrift store, he definitely didn't think it was one of the 200 original copies commissioned by John Quincy Addams. I bet he also didn't know he'd be able to flip it for a clean $477,000.

An Indiana resident bought a painting of some flowers that he hung strategically to cover up a hole in his wall that had been bothering him. A few years later, he was playing a board game about fine art called "Masterpiece" when he noticed a painting on a card that was eerily similar to the one covering his wall hole. Turns out it was a Martin Johnson Heade painting, which the Museum of Fine Arts in Houston bought for $1.25 million.

A woman in New Jersey bought a side table for $25 at a yard sale, and had it appraised 40 years later — only to find out that it was a product of John Seymour and Sons, a well known Boston furniture maker. She sold it at Sothebys for $541,500.

Las Vegas isn't the first place you would go looking for authentic art, but a British man vacationing there stopped by a yard sale and paid five dollars for some sketches that later turned out to be original sketches done by a 10-year-old Andy Warhol. They sold for $2 million.